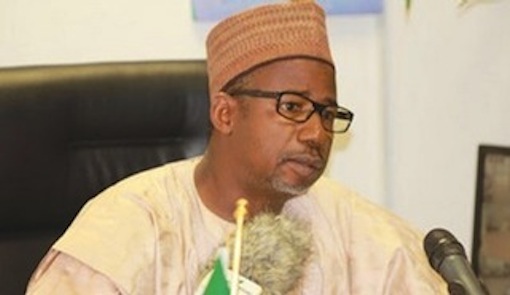 A coalition of Civil Society Organisations (CSOs) based in Bauchi State, has commended the Economic and Financial Crimes Commission (EFCC) on efforts to fast track the trial of the state governor-elect, Sen. Bala Mohammed.

The Coordinator, Bauchi Civil Society Organization Network, Mr Mohammed Hussein, gave the commendation in a letter addressed to the ECFCC Chairman on Monday in Abuja.

Mohammed noted that the speedy trial and prosecution of the governor-elect was commendable as he was gradually “itching closer to robing himself with the cloak of immunity in order to escape from justice.

“We also note with appreciation, the refusal of the EFCC to pander to some sponsored fabrications to suspend the multi-billion-naira corruption trial of Bala Mohammed, on the puerile ground that he is now a governor-elect.

“Immunity from criminal prosecution cannot be extended to a governor-elect.

“We make bold to say that your commission is obligated to making this a test case by ensuring a day-to-day trial in line with the administration of Criminal Justice Act.

“The commission should also make it a water-shed prosecution before May 29, to serve as a deterrent to corrupt politicians that before immunity comes justice.’’

Hussein said that since Mohammed was suspected by EFCC to have received bribes and committed economic crimes involving up to N1.6 trillion in questionable land allocations, he had been doing everything to hide from prosecution.

“Therefore, your commission cannot afford to allow this egregious crime to go unpunished.

“We therefore submit this appreciation letter to encourage you and also inform you that you have the support of the people of Bauchi in fighting economic crimes,” the letter read in part.

However, the scheduled arraignment of Mohammed before the Federal Capital Territory (FCT) High Court was on Monday, stalled, due to the absence of the judge, Justice Yusuf Halilu.

According to the court registrar, Justice Halilu was absent due to an engagement at the election tribunal in Abeokuta, the capital of Ogun State.

Mohammed, who was in court, was to be arraigned on Monday by the EFCC on fresh six-count charges.

The charges are bordering on alleged failure to declare his assets and giving false information.