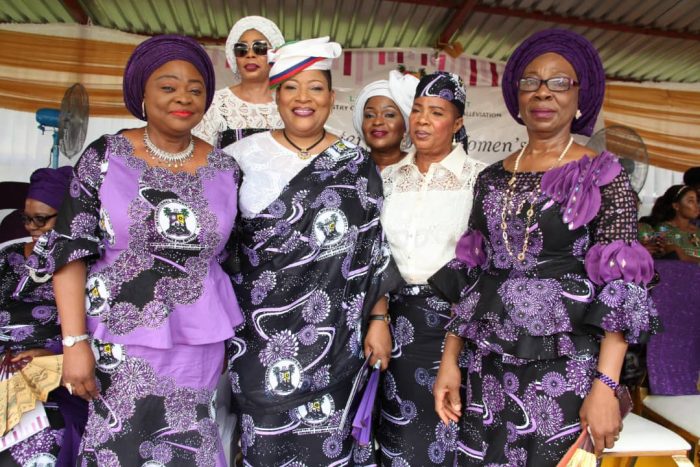 Women in Lagos State marked the International Women’s Day, IWD, on Tuesday agitating for equal and balanced opportunities with men.

The theme of this year’s celebration is “Balance for Better.” It was organised by the Lagos State Ministry of Women Affairs and Poverty Alleviation, WAPA, at the Police College, Ikeja area of Lagos, Southwest Nigeria.

Thousands of women gathered at the expansive field to celebrate themselves and canvassed better opportunities for themselves in a male-dominated world.

Dr. Nike Akande, a former Minister of Industry, advocated gender balance and equal opportunity with men, saying this did not mean to engender rivalry between men and women; rather, it was aimed at ensuring that both women and men were given equal opportunities in the various spheres of national life.

She pointed out that many Nigerian women had proven to be exceptional in their performance in many leadership positions both home and abroad and advised them to sustain the tempo of the advocacy to ensure gender parity.

“The issue here is about gender balance and equal opportunity. It is also about complementary between the male and female gender to deliver the common objective of advancing the well-being of our people. While we celebrate the social, economic, cultural and political achievements of women, it is also a call to action for accelerating gender parity and to reflect on progress made.

“We should be consistent in our advocacy for affirmative action in all aspect of our national life. We should stand against gender discrimination in all forms or shapes. I believe with the demographic advantage of women, this is realizable. I urged women to also support themselves, Regrettably, it is sometimes difficult to get women to support their own for whatever reasons,” she said.

In her submission, Dr. Lola Akande, Lagos Commissioner WAPA, said the theme pointed clearly to the need for all and sundry, especially women to continuously work hard to close the socio-political and economic gap between men and women in order to enhance the attainment of peace, stability and economic progress across all nations of the world.

“For us to balance for better, we must take steps that will enable women to advocate against gender discrimination in the home; eliminate domestic violence and maltreatment of women, this in turn will give women the opportunity to highlight our desires for inclusion and recognition as it concerns land ownership, employment status and education of the girl-child and also get actively involved in decision-making,” she said.

Akande reminded women that many skill acquisition centres had been established across the State to address unemployment and also encouraged them to increase their involvement in politics so that their resolve to balance for better, would yield the desired fruits.

In a message, Governor Akinwunmi Ambode of Lagos, who was represented by the Commissioner for Youths and Social Development, Agboola Dabiri acknowledged that women had been contributing immensely to the political and economic growth of the State.

He advised those who are mothers and guardians to encourage the youths, particularly girls to take advantage of the many opportunities provided by government to foster gender balance.

The event featured various activities, including a march past by many women organizations, among others.