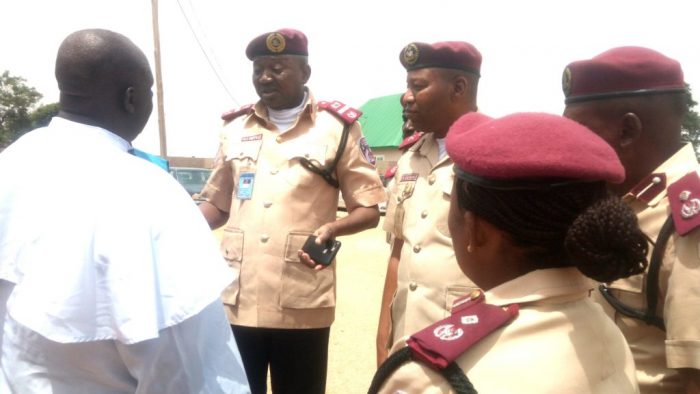 The FRSC Officials was led by the Zonal Corps Commander, Mr Ayobami Omiyale, for the sensitisation campaign conducted during the Diocesan Priests meeting at St Paul’s Catholic Church, Karji, Kaduna.

Omiyale explained that the sensitisation was part of the corps’ advocacy to religious leaders in Churches and Mosques to enlist their support in creating the needed awareness on safe driving among worshipers.

He said that the core mandate of the FRSC was to ensure safety of lives and property of road users through public enlightenment, research and enforcement of traffic rules among others.

He advised the priests to drive cautiously and defensively and anticipate what other drivers were likely to do while on the road.

“This is the catholic church aspect of our advocacy visits and you will agree with me that there is no better forum to reach out to the priests than the meeting of all the Reverence Fathers in Kaduna Arch Diocese.

“The goal is to familiarise ourselves with the priests, pass the safety message for them to help us take the messages to all their members as a prelude to our visit to the individual churches in the state.

“But first, the priests must be educated on how to be good road users before they can pass the message to their respective church members,” he added.

The zonal commander further said: “The FRSC is leveraging on the influence of the catholic priests as leaders of thousands of people, and once the priest has spoken, the people take the messages to heart.

“It is our belief that they will listen and obey, and in the long run, sanity will return to our roads.