Stemming the crisis at NBET and solving our electricity problem 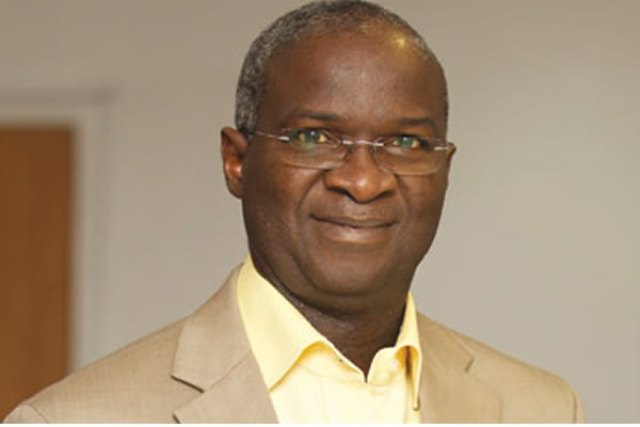 In the last one year, the Nigerian Bulk Electricity Trading Company (NBET) has been embroiled in a crisis that has severe consequences for the company, and of course, the generation and distribution of electricity in the country.

The crisis includes allegations of corruption against NBET CEO, Dr Marilyn Amobi, and victimization of staff, including two whistleblowers—Mr. Waziri Bintube, General Manager/Chief Financial Officer and Mr. Abdullahi Sambo—Deputy General Manager/Head of Internal Audit—who have put their careers and wellbeing on the line in order to end what, according to them, is monumental financial malfeasance at NBET.

On February 26, 2018, the Nigerian Electricity Regulatory Commission (NERC) “the Regulator” of the power sector that draws its power from the Electricity Power Sector Reform Act (EPSRA) 2005 absolved the management of NBET of any wrongdoing. NERC took out paid adverts in several national newspapers to disclaim the allegations of corruption and highhandedness against Dr. Marilyn Amobi.

The details of the allegation include the fraudulent monthly payment of N2billion to Olorunsogo and Omotosho Power Plants since September 2016 without any justification.

According to NERC, the whistleblowers could not substantiate their claims of monthly over-invoicing of N2 billion. It noted that the payment mode started during the tenure of pioneer MD/CEO of NERC, Mr. Rumundaka Wonodi, through the tenure of acting MD/CEO, Mr. Waziri Bintube, to the assumption of office of the current MD/CEO, Dr Marilyn Amobi. NERC says NBET and the two power plants executed appropriate waivers which means that Gas Supply Agreement and Gas Transportation Agreement were waived by NBET.The question is, why did NBET waive these requirements (GSAandGAT) for these two power plants?

Through letters, petitions, reports and press statements, civil society organisations and the media have brought the crisis at NBET to the attention of relevant authorities, including His Excellency, the Vice President, the Secretary to the Government of the Federation, the Chief of Staff to the President, the Hon Minister of Finance, the Hon Minister of Power, Works and Housing, the Chairman, Nigerian Electricity Regulatory Commission, the Director General, Department of State Services, the Ag. Chairman, Economic and Financial Crimes Commission, the Chairman, Independent Corrupt Practices and Other Offences Commission, and the Director General, Bureau of Public Procurement, yet there appears to be no end in sight.

The Nigerian Bulk Electricity Trading Plc is a Federal Government-owned public liability company and was incorporated in July 2010 in line with the “Roadmap to Power Sector Reform” in fulfilment of EPSRA 2005 as a trading licensee holding a bulk purchase and resale license to engage in the purchase and resale of electrical power and ancillary services from Independent Power Producers and from the successor generation companies. The balance sheet of NBET at a point was in excess of N1 trillion.

The raging crisis at NBET has to do with the common practice of non-implementation of corporate governance rules in most of the country’s public institutions, lack of respect for the rule of law and extant regulations among others. The issues that have been thrown up against Dr. Marilyn Amobi, the CEO of NBET, include non-adherence to extant rules in running the company, ensuring that transactions not in line with the Procurement Act, financial regulations and those with regulatory risk are not passed for payment, unapproved payment to Mr. Achinaya, Azinge & Azinge and Aelex law firms, transfer of N326 million from the Government Integrated Financial Management Information System (GIFMIS) account to Treasury Single Account (TSA) by diverting capital appropriation to unapproved recurrent expenditure without virement. There is more. Unfortunately, neither Dr. Amobi nor NERC, “the Regulator” has been able to address these concerns.

In June 2017, Messrs Bintube and Sambo wrote a petition to Mr. Babatunde Raji Fashola, the Minister of Power, Works and Housing whose Ministry supervises NBET, for his intervention in the current crisis. Mr. Fashola had intervened on several occasions within the first six months of assumption of office of Dr. Amobi. Before the Ministry of Power, Works and Housing came out with its position on the petition written by Messrs Bintube and Sambo, Dr. Amobi unilaterally stopped their salary and other emoluments effective December 2017. The emoluments suspended include National Health Insurance Scheme (NHIS), Contributory Pension Scheme, Life Assurance and other perquisites attached to their offices. By the NBET Human Resources Policy Manual, it is only the Board of NBET or in the absence of the Board, the Hon Minister of Power, Works and Housing that can take decision on staff of the cadre of Messrs Bintube and Sambo in order to guarantee their independence.

In what appeared to be a reprieve, the Minister of Power, Works and Housing via letters in January, February and March 2018 absolved the petitioners of an ywrong doing and directed Dr Amobi to rescind her decision on the stoppage of salaries of Messrs Bintube and Sambo, but she refused to comply. The Ministry eventually reported the matter to the Office of the Secretary to the Government of the Federation (OSGF) in May 2018 with a follow-up letter in November 2018 but the OSGF—knowing full well that NBET has no Board—referred the Ministry to a non-existing Board to deal with the matter, thereby aggravating the suffering of the whistleblowers. The position of the OSGF seems to have emboldened Dr Amobi.

The Independent Corrupt Practices and other Related Offences (ICPC) was the first to commence investigation into the crisis at NBET in April 2018, followed by the DSS—after Messrs Waziri and Sambo were detained for 24 hours at the instance of Dr Amobi—and then the Economic and Financial Crimes Commission (EFCC). The media (The Nation, Friday, April 12, 2019) has made public the outcome of the investigation by the ICPC. The report,whichhassincebeen submitted to the office of the vice president as requested, indicted Dr. Amobi.It noted that the ICPC will prosecute her and all those indicted for violating the law on procurement. That has yet to happen. It is also important,at least for the sake o fshowing genuine commitment to transparency and accountability,that the reports by the EFCC and DSS on the NBET crisis are made public.

In October 2018 when the Vice President, Prof. Yemi Osinbajo, visited the Human Rights Radio during its Brekete Programme, the allegations against Dr. Amobi were presented before him. Considering the implication for the power sector and electricity generation and distribution in the country, one would have expected that an investigation would have been conducted to get to the root of the problem and if there are any infractions, prosecute the perpetrators and end the harassment and suffering of the whistleblowers at NBET. Unfortunately, that has not happened.

NERC, as a regulator, has failed in its responsibilities. Its whitewashing of the crisis at NERC through its so-called investigation and report leaves much to be desired. If it has been alive to its responsibilities as a regulator, NERC would not need whistleblowers—as important as their roles are. What we see at play at NERC is a cocktail of lack of competence and compromise. The N2 billion monthly over-invoicing that benefits Olorunsogo and Omotosho Power Plants in violation of the PPA, Contract Activation Agreement and NERC directives is an additional burden on the final consumers of electricity—hapless Nigerians.

For a government that has fighting corruption as one of its core programmes, the crisis at NBET is a blot that should not be allowed to go on a day longer.   Clearly, Mr. Babatunde Fashola is hamstrung concerning the crisis, not just at NBET but in the power sector. Late last year, Mr. Fashola sent a memo to President Muhammadu Buhari on how to deal with the crisis in the power sector. In the memo Mr. Fashola noted: “These coordinated interventions will, in due course, reset the power sector as intended, but the Distribution subsectors (Discos), which has been privatized, remains an area of significant risk and concern at this moment. NBET must take concrete steps to collect the money Discos owe it, now over N890 billion (almost one trillion naira. Emphasis mine); NERC must apply sanctions for violations of the conditions of the licenses it has issued; Bureau of Public Procurement (BPE) must invoke contractual remedies for the default of Shareholders and Performance Agreements, especially in view of the 5-year review that comes up in November 2018.”

President Buhari needs to put in place a mechanism for a thorough inquiry that will reveal the depth of the crisis at NBET and the entire electricity value chain as a solution to the country’s power problem. And that needs to be done urgently.