German woman who converts to Islam goes on trial 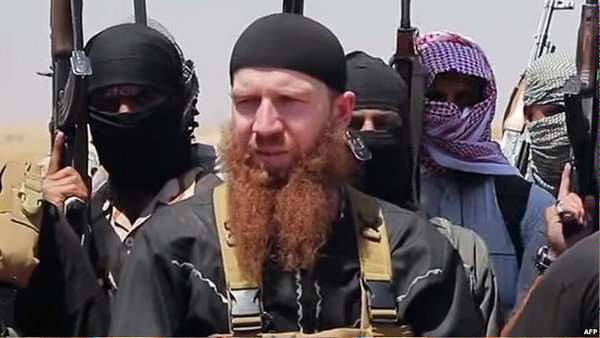 A German woman, Sabine S, who converted to Islam and went to live under Islamic State in the Middle East before returning to Germany, went on trial for membership of the terrorist organisation on Friday.

Sabine S, 32, had lived in Syria and Iraq between December 2013 and August 2017, federal prosecutor Stefan Biel told the Higher State Court in Stuttgart.

“I wanted to live under Islamic law, but not fight,’’ the defendant told the court as the trial began.

She was arrested in Baden-Baden in mid-2018 following her return.

Before leaving for the Middle East, Sabine S lived with the father of her two children in Berlin, converting to Islam at the age of 22.

According to her own version of events, she became radicalised before she left.

On arriving in Syria, she married a high-ranking Islamic State fighter from Azerbaijan, who was previously unknown to her, Biel said.

She had two more children with this man, who died in December 2016.

According to the charge sheet, she praised life under Islamic State in internet blogs.

She is charged with participating in public executions as a spectator and with having undergone training in the use of firearms.

She is said to have done household duties and cared for her children, being paid 100 dollars a month and receiving 35 dollars a month from Islamic State for each of the children.

Prosecutors had earlier successfully appealed against a federal court ruling that she should not be held in custody while awaiting trial.

The federal court initially ruled that merely living under Islamic State and participating in daily life was insufficient for her to be held in custody.