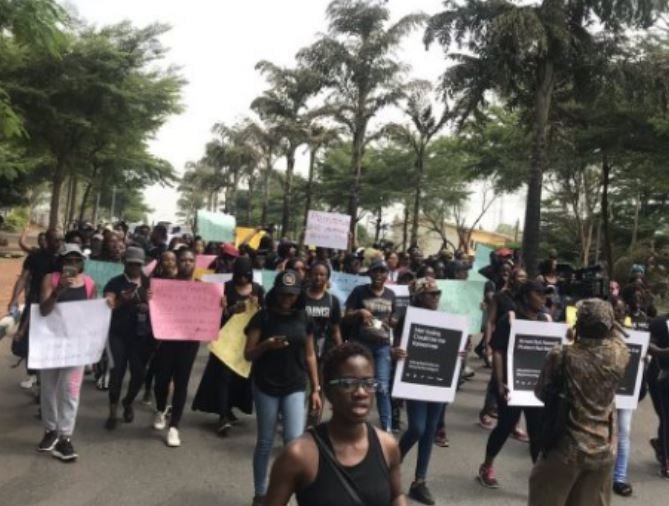 The Muhammadu Buhari administration has promised to investigate allegations of harassment and raping of some women arrested in night clubs in Abuja by policemen.

In a tweet on Sunday, Special Adviser to the Vice President, Laolu Akande stated: ”Regarding some of our women who were reportedly harrassed & wrongly arrested in Abuja recently, a thorough investigation of what happened is ongoing. This administration will not tolerate any violation of the individual freedoms of our people & all infringements shall be punished.”

The policemen attached to the The FCTA Joint Task Team, comprising of the Department of Development Control, Abuja Environmental Protection Board and the Social Development Secretariat, on April 26 raided the Caramelo night club in Abuja and arrested all the women there.

Videos of the raid trended on social media, showing varying human violations of women taken into vans and in custody at the Utako Police Division.

Some of the women that shared their experiences, alleged violations in the van and varying alleged molestation at the Utako Police Station before being granted bail and arraigned at a mobile court on April 29.

Civil Society Organisations condemned the raids, alleged assault and sexual harassment of the 71 women reported to have been arrested in and around the club on the said day.