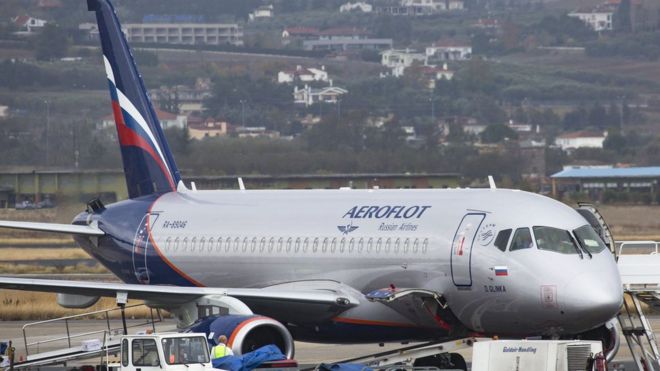 A Russian passenger plane has made an emergency landing at Moscow airport after a fire broke out on board, state media report.

Other footage shows the plane landing while on fire and black smoke billowing from it on the tarmac.

It remains unclear how many people have been injured in the large blaze.

The aircraft is reportedly a Sukhoi Superjet-100 that had been bound for the city of Murmansk.

The Interfax news agency said it had taken off at Moscow’s Sheremetyevo airport when the crew issued a distress signal.

Reports suggest it did not succeed in its first emergency landing attempt.