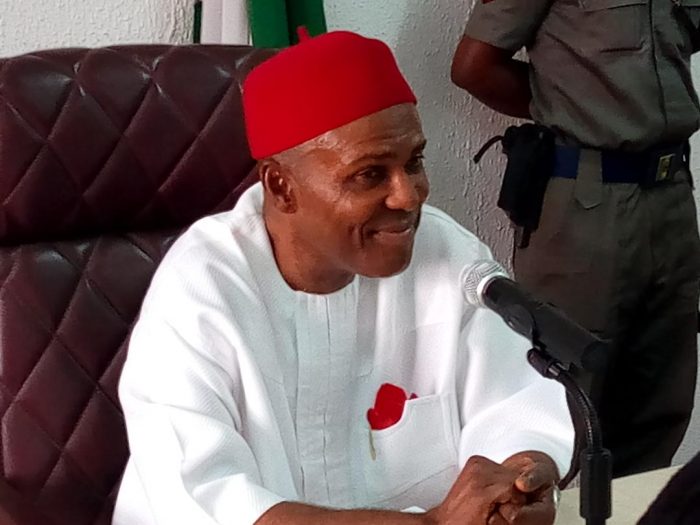 Dr Ogbonnaya Onu, Minister of Science and Technology, says the achievements recorded in President Muhammadu Buhari’s first tenure were a fulfillment of a social contract with Nigerians.

Onu stated this on Sunday in Uburu when he played host to the Conference of 2019 South-East All Progressives Congress (APC), House of Assembly candidates at his Uburu country home.

The Minister said that the government had done so much in repositioning the economy through the diversification policy.

He said that agricultural sector development, fight against insurgency, anti-graft war and infrastructure development received boost in the first tenure.

He assured that the ‘Next Level’ administration would consolidate the gains and achievements of the first tenure as well as expand the national frontier for more economic growth and development.

He noted that the administration has delivered on the three key promises it made during the campaign for the 2015 general election, adding that the re-election of Mr President was predicated on his fulfilment of the 2015 campaign promises.

”This government has achieved a lot; the President made three promises and those promises he has worked real hard to keep.

”The country was in a very bad state when we came in and the economy of our nation rested just on one single commodity – crude oil and natural gas.

”As soon as we came in, the price of crude oil dropped sharply in the international market and that was why we entered into a recession.

”That notwithstanding, the President has been able to manage our economy efficiently and ‘Next Level’ will consolidate Nigeria’s rebuilding process”. He said.