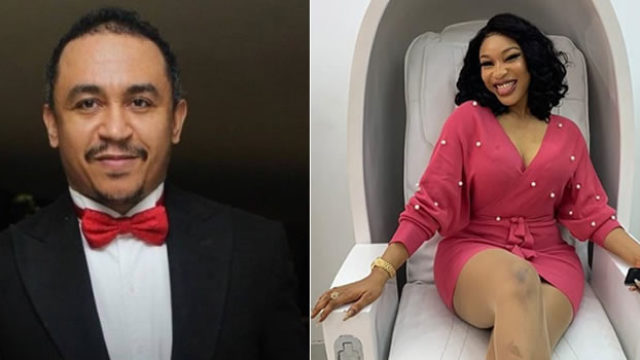 Critics, Daddy Freeze, who conducted the interview in which Nollywood actress, Tonto Dikeh cut her ex-husband to size, said the movie star’s outburst will not affect her son in the future.

Dikeh had thrown caution into the wind as she came extremely hard on Olakunle Churchill, calling him all kinds of names.

“Brand new video alert, since we have embraced modernization, we have stop cherry picking and embrace all that comes with it.

“Those saying her son will be affected by her speaking out are only clowning around, afraid to let go, despite the world’s visible evolution.

“They are, as a result of a flawed moral compass, creating forlornly, a deluded make believe world, as an odd in between compromise, between their reality and their delusions. In the actuality of the new world we are all creating, she’ll be a hero, so deal with it,” Freeze said.