Valverde’s Job on the line after another Champions League ‘Disaster’ 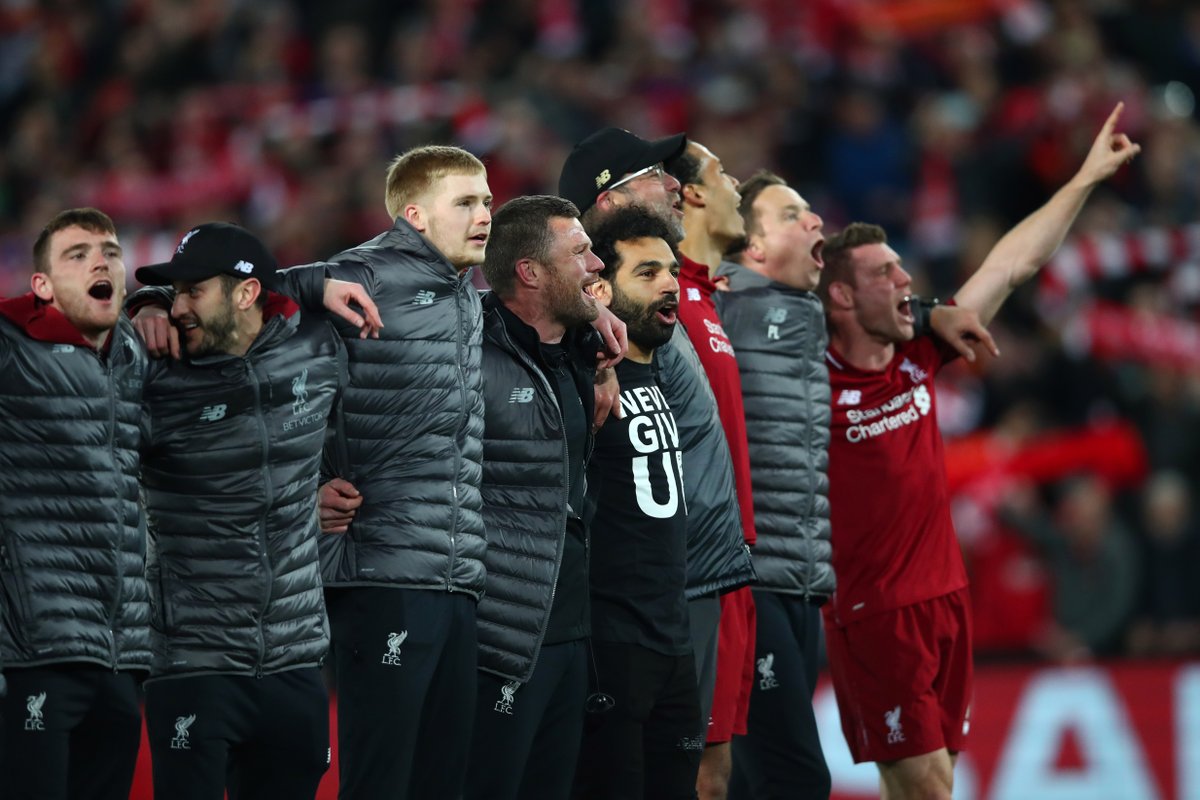 Barcelona and Lionel Messi walked out at Anfield as probable for a Champions League, Cup, and Liga treble but walked off with coach Ernesto Valverde possibly facing the sack.

Shortly after their 4-0 capitulation on Tuesday which sent Liverpool through to the Champions League final on the back one of the competition’s greatest ever comebacks, Barca president Josep Bartomeu dodged guaranteeing the future of his coach Ernesto Valverde.

“We are all very emotional now because of the elimination,” said Bartomeu. “We have to raise our spirits because there is a Copa del Rey final to come. There will be difficult days for everyone but we have to lift our heads.”

Another Cup final to erase the disappointment of another failure in the Champions League except, just like last year, even a domestic double will not come close.

It was supposed to be the season Barcelona laid to rest the ghost of the Stadio Olimpico, where they inexplicably conceded three in Rome, one year after they let in three in Turin, two years after they were stunned in Madrid.

Three consecutive quarter-final defeats, all away from home.

This was one stage further and Liverpool were more capable than Roma, Juventus or Atletico but Barca’s latest loss was the worst of them all.

“We ask for forgiveness because even after Rome, it happened again,” said Sergio Busquets.

They had won La Liga on April 27, with three games to spare, when Bartomeu said: “Our target is the treble”.

If it felt like the president was denying his team the chance to celebrate, it was because La Liga, which Barcelona have now won eight times in 11 years, is no longer enough.

“Making the extraordinary normal,” it said on the players’ victory t-shirts.

‘That beautiful cup’
To be extraordinary, Barca had to deliver in Europe where, unlike in Spain, their record diminishes their impact on this era which, for many, at least in terms of style and talent, is tinted in red and blue.

This has been Messi’s era too, but not in the Champions League, where he owns four titles, one fewer than Cristiano Ronaldo and equal to most of the squad of Real Madrid.

Some of Barcelona’s players joked their captain had cranked up the pressure when he pledged in August to bring “that beautiful cup” back to Camp Nou.

But the expectation and the armband seemed to bring the best out of Messi, 12 goals his second best ever return in the tournament and only a couple short of his highest tally in 2012.

His last two left Liverpool three down and surely out, even if the score flattered Barca and overlooked what had been their fiercest opponent all season.

It should have been enough. Valverde had rested all 11 of his first-leg starters against Celta Vigo on Saturday just as Liverpool, with seven of the same 11, were churning out a win over Newcastle.

Liverpool should have been exhausted, without two of their first-choice forwards, Mohamed Salah and Roberto Firmino, both injured.

Barca should have been prepared too, their memories of the past three seasons painful enough to prevent complacency and recent enough to harden their resolve against the inevitable onslaught of Anfield.

Instead, they crumbled, unable to find that stubbornness that has carried Madrid, a less coherent team, to success again and again in the Champions League.

“I do not know how it’s going to affect me,” Valverde said. “But here we are, the coach has to take responsibility.”

There will be calls for change, particularly from those fans who have never been convinced by Valverde, suspicious of his more pragmatic tendencies and, perhaps, underwhelmed by his placid approach.

Valverde signed a new contract in February, albeit only until 2020, and, out of Europe, he boasts a record that is almost faultless.

If he was to leave in the summer, he could depart having won consecutive doubles, lost two games in the Champions League and only four in La Liga, with half of those coming after the title was already secured.

This season, Barcelona have been brilliant, sitting nine points ahead of Atletico Madrid and 15 clear of Real, who they were 17 better than last year too.

“No way,” said Luis Suarez, when asked if the coach was to blame. “The players are the ones who were on the field. If his approach was good in the first leg, it was good again now.”

But the Champions League was the one they wanted, and the objective was the treble.

“There will be time to reflect,” said Bartomeu. “For the second year in a row, it’s a disastrous night.”