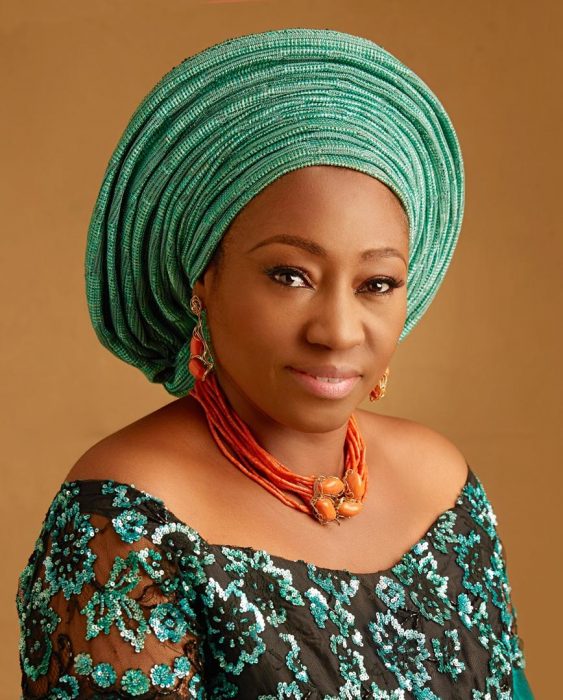 The Wife of Ekiti State Governor, Erelu Bisi Fayemi, has lamented that millions of women and girls in Nigeria suffer from the feminization of poverty, lack of access to basic resources, disease, violent conflict and the complex use of culture, religion and tradition to render women voiceless.

The Ekiti State first Lady stated this on Monday while delivering a lecture at the 2019 Biennial Conference with theme: “Gender and The Actualization of the SDGs: The African Experience” at the Centre for Gender and Social Policy Studies (CGSPS) Obafemi Awolowo University, Ile-Ife, Osun State.

Nigeria, she continued, is ranked as one of the 20 worst countries in the whole world for women alongside Pakistan, Iran, Afghanistan and other countries usually associated with a very low status for women. “not only did Nigeria not meet any of the original Millennium Development Goals, if care is not taken, we might not meet most of the SDG goals in 2030 either,” she said.

She lamented that whereas almost all of the African countries have signed on to international agreements such as CEDAW and the African Women’s Protocol, these instruments have not been domesticated, a situation which she said continued to led to the undermining of the rights of women and girls.

She explained that the National and State gender machineries in the country were grossly under-resourced thereby making it difficult for them to coordinate and implement effective gender mainstreaming policies.

Erelu Fayemi also noted that the level of insecurity in the Northeast region of the country and incessant kidnapping of children and young girls have serious implications on the future of the country.

“The activities of the Boko Haram has had a devastating effect on millions of citizens, especially women and children. Their education had been affected so badly that the effect will be felt for many years to come.”

“There are about 1.9m millions of Nigerians living in Internally Displaced Camps around the country and 53% of of them are women and girls , with the attendant risks this poses.

“If you look at the configuration of the national assembly since 2011, women representation has always been very bad and this has not given women to participate in setting policies and legal frameworks that regulates governance,” she said.

She revealed that women have been on the receiving end of government’s inept disposition and lack of political will to implement laws like gender based violence prohibition law, equal opportunities law, girls child law among others to put female gender in a safety net.

She called for holistic implementation and enforcement of relevant laws that tend to tame gender inequality and promote women’s interest to enhance their relevance in all sectors which are already being practiced in Ekiti State.

Mrs Fayemi advised the university ‘to seek conceptual clarity on gender and feminism.’ She advocate for an approach that opens the mind of teachers and students alike to the need to have a firm grasp of concepts such as gender and feminism and how these are linked to development theory and practice.

The Vice Chancellor of the institution, Prof Eyitope Ogunmodede, thanked the wife of the Governor and also promised that women’s esteem will be placed in high esteem, and there will be no room for violence against women in the University.