Tribunal fixes May 22 to hear application against Buhari’s inauguration 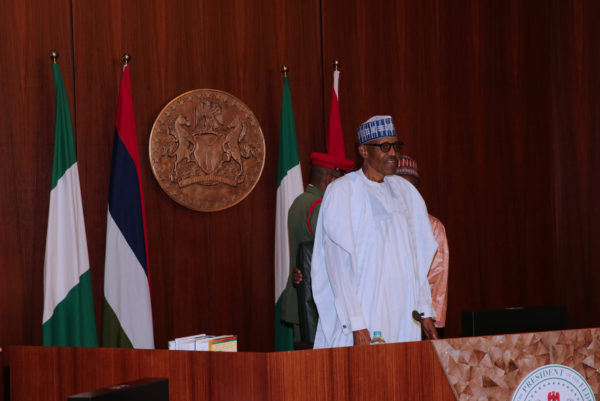 The Presidential Election Petition Tribunal in Abuja, has fixed May 22 to hear an application seeking an order to restrain Chief Justice of Nigeria (CJN) or any other Justice from swearing-in Muhammadu Buhari as president on May 29.

Chief Ambrose Owuru, Candidate of the Hope Democratic Party (HDP) and his party, who are before the tribunal challenging their alleged exclusion from the Feb.23 presidential election brought the application for consideration on Tuesday.

Justice Zainab Bulkachua, President of the Appeal Court, leading four other justices adjourned hearing on the application on account of non-proper service on the respondents (President Buhari and INEC).

“The application filed by the appellants/applicants and all other interlocutory applications are hereby adjourned until May 22 for hearing.

“It is hereby ordered that all exchanges of processes and filing of respondents’ briefs are done within the period specified.

“The sitting on the petition filed by the Chief Ambrose Albert Owuru and the Hope Democratic Party (HDP) is hereby adjourned until May 22’’, Bulkachua held.

They are praying for an order restraining the first respondent (Buhari) from presenting himself on May 29 or any other date for swearing in or taking of oath of allegiance and oath of office as president.

Owuru and the HDP are also seeking an order restraining the CJN or any other justice in that stead from swearing-in or administering the oath of allegiance and oath of office on May 29 or any other date on Buhari.

They are praying the tribunal to activate those orders pending the determination of their petition contesting the alleged invalidity of the substituted and questioned presidential election of Feb.23.

The applicants predicated the application on the ground that they had filed a petition on March 3 challenging the validity of the election and the return of the first respondent as winner of the election.

They had raised the other ground to hinge in the fact that pleadings had been concluded among parties and petition fixed for pre-trial hearing session following services of hearing notice to all parties which commenced May 8.

The other ground of the application, according to the applicants, stems from the frantic ongoing preparation for the inauguration of the first respondent in spite of the pending petition.

“A restraining order by this court is appropriate to preserve the subject matter of this petition and prevent the first respondent foisting a fiat accompli and state of helplessness on the court and render the petition nugatory.

“The law is settled that once the question of the validity of Election of any person is challenged as to whether he is validly elected or not, the person is not competent to take office or assume the seat of power until the matter is dealt with’’, they claimed.

However, Chief Wole Olanipekun (SAN), Counsel for the president, informed the panel of his application seeking an order to dismiss the entire processes filed by the appellants, adding that their actions were laughable and incompetent.