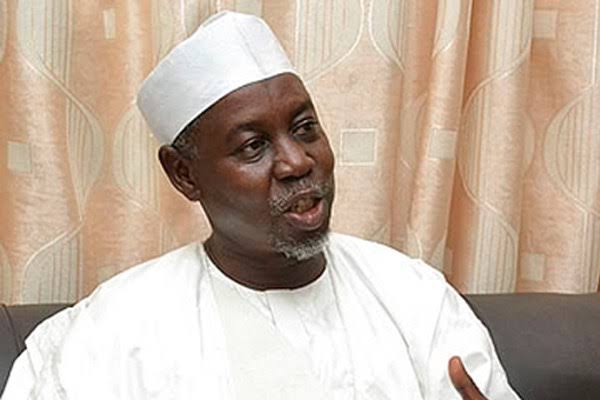 Suleiman Zarma, the Minister of Environment

Mr Suleiman Zarma, the Minister of Environment says the National Biosafety Management Agency (NBMA) has delivered on its target in ensuring safe deployment of Genetically Modified (GM) crops in Nigeria.

Zarma made this known in statement issued by Mrs Gloria Ogbaki, the NBMA’s Head of Press Unit on Wednesday at an Experts Validation of the Preliminary Draft Regulations on Biosafety in West Africa at ECOWAS in Abuja.

“NBMA has delivered on its targets in line with its mandate of ensuring that modern biotechnology practices and its products are well used and safely deployed in Nigeria.

“Foremost amongst these delivered targets are laying of an effective administrative and institutional background for modern biotechnology regulation in Nigeria.

“It has also ensured enhanced capacity building of staff and relevant stakeholders, communication and sensitisation of Nigerians and stakeholders on modern biotechnology regulatory activities.

“It has equally seen the establishment of various national and international partnerships for effective regulation and a top class regional GM Detection and Analysis Laboratory.

“Others are accreditation of institutes to practice modern biotechnology, granting of biosafety permits and proper positioning and mainstreaming of biosafety into the National Administrative Structures.

“The development of operational instruments for effective implementation of biosafety and the ease of doing business within related sectors among others, have also been some of their achievements,” the minister said.

According to Zarma, safe modern biotechnology has proven to be the solution which will ensure that our people, farmers, entrepreneurs, and the economy succeed within the region’.

He expressed joy that Nigeria was the first country in the world to develop a genetically modified cow pea which had been granted approval for commercial release.

“I think we as a sub-region has every right to feel proud of these achievements which have enabled us prove to the world that Africa has all it takes to ensure safety in the deployment of modern biotechnology.

“I will therefore state that Nigeria’s commitment to not just the regional biosafety system but that of Africa knows no bounds,” he said.

He recognised the need for a regional biosafety system and appreciated the meeting which was aimed at ensuring that cross border trade on living modified organisms and their products within the sub-region were harmonised, improved and safe to human health and the environment.

Dr Rufus Ebegba, the Director-General of NBMA, who chaired the technical session said that West Africa was setting the pace on matters of biosafety as this regulation document was a new initiative that other African countries would in time copy.

“Africa has the capacity but needs to strengthen this capacity to meet emerging trends in this sector.”

The D-G said that with expertise of delegates at the meeting, they could come up with a document that would be internationally acceptable.

He urged the participants to work hard and come up with a regulation that could be endorsed by the ministers.

Mrs Zurafa Lumpo, the representative of West Africa Monetary Union said the regulation, when implemented, would mean a crucial step to ensuring that Africa became more viable to the economic benefits of modern biotechnology.

The Commissioner for Agriculture, Environment and Water Resources of ECOWAS Commission, Sekou Sangare and Director-General, Sahel Institute, Dr Mohammed Abdullahi, were among the 45 dignitaries participating in the four-day review meeting.