US buys 1,000 hectares of land in Eko Atlantic City to relocate Consulate 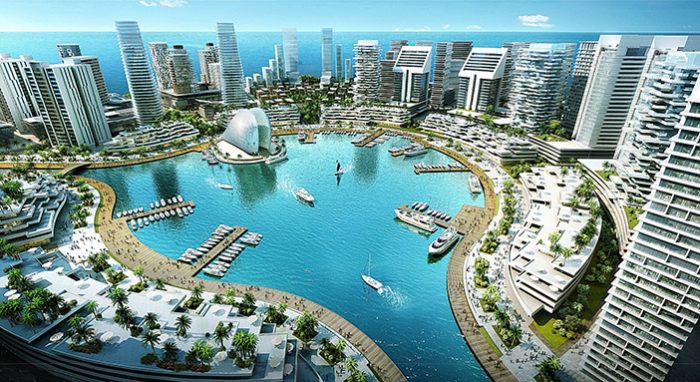 The United States Consul General in Lagos, Mr John Bray on Wednesday announced that the home government had secured about 1,000 hectares of land on the Eko Atlantic City in Lagos.

Bray made the disclosure at his residence shortly after signing the engagement agreementon between the U.S. government officials and Mr Roland Chagdury, the Executive Chairman of South EnergyX Nigeria.

The Consul General said the decision to build a new Consulate in the Eko Atlantic City was to afford Nigerians better and more accessible services at the Consulate General.

“This is another demonstration that the United States is committed to Nigeria and her citizens. What we currently have as a Consulate General was constructed in the ‘70s.

“So, we have acquired a land in Eko Atlantic City to build a new consulate better and more accessible to Nigerians and others coming to visit for visas and other services,’’ he said.

Bray said that the U.S. government was proud to be participating in the Eko Atlantic City project, adding that the new consulate would further strengthen the U.S./Nigeria relations.

The Envoy, who said that the City was selected for its world-class infrastructure, reiterated the consulate’s commitment to working with Nigerians in providing opportunities for economic and development in Lagos.

Mr Roland Chagdury, the Executive Chairman of South EnergyX Nigeria said that the U.S. government was welcome to the Eko Atlantic City.

Chagdury said that the confidence of the U.S. government in the Eko Atlantic City had reinforced the shared beliefs in the benefits that the city would bring to generations to come.

Chagdury commended the Lagos State government and the Federal Government for their continued support in making Eko Atlantic City a success.

The city is officially Nigeria’s International Commerce city, which is a planned city of Lagos State, being constructed on land reclaimed from the Atlantic Ocean.

It is a focal point for investors capitalising on rich development growth based on massive demand – and a gateway to emerging markets of the continent.