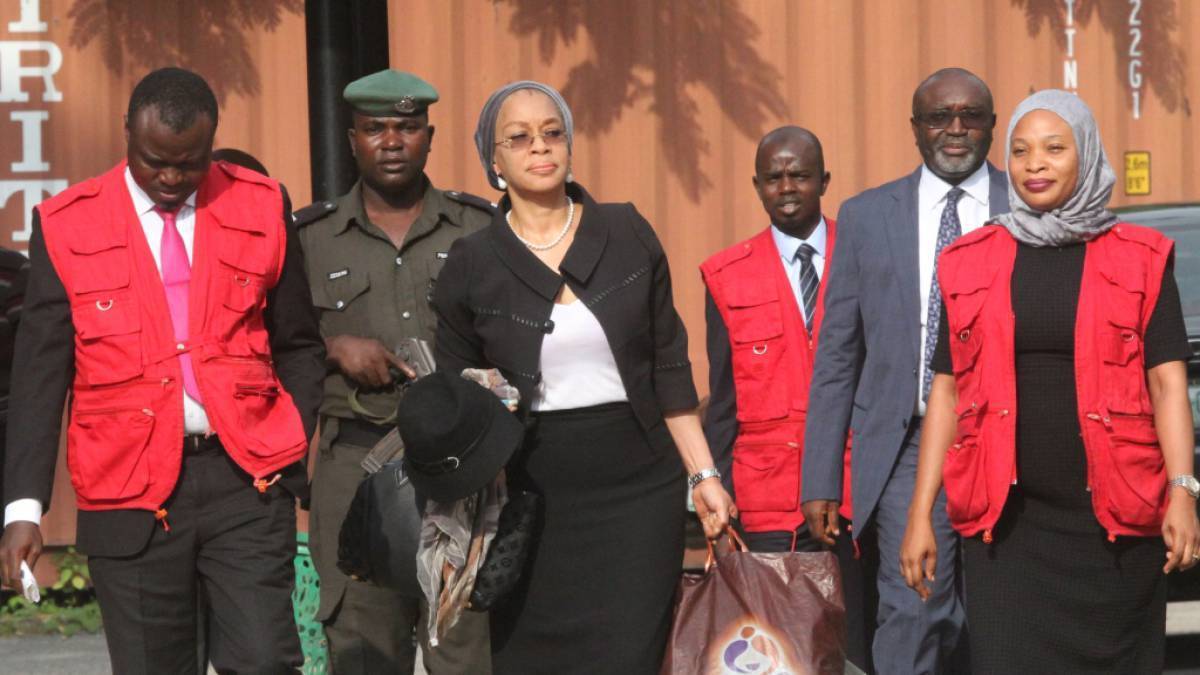 The Economic and Financial Crimes Commission (EFCC) has re-arraigned a dismissed judge of the Federal High Court, Justice Rita Ofili-Ajumogobia on allegations of corruption.

Justice Ofili-Ajumogobia was re-arraigned on an 18 count charge alongside a Senior Advocate of Nigeria, Godwin Obla.

They both pleaded not guilty to the counts which border on unlawful enrichment, taking property unlawfully, corruption, forgery and giving false information.

Trial judge, Justice Rilwan Aikawa admitted both defendants to bail on the same terms granted them at their previous arraignments.

The EFCC counsel, Rotimi Oyedepo on his part left the issue of bail to the discretion of court but urged the judge to impose the terms and conditions that will ensure the presence of defendants during trial.

Counsel to the dismissed judge, Robert Clarke SAN then informed the court of a preliminary objection he filed on the 13th of may, challenging the jurisdiction of the court.

He said that the court lacked the powers to hear the charge which according to him had already been decided by Justice Hakeem Oshodi of the Lagos High Court, Ikeja.

Justice Aikawa has adjourned till the 23rd of may to hear the preliminary objection.