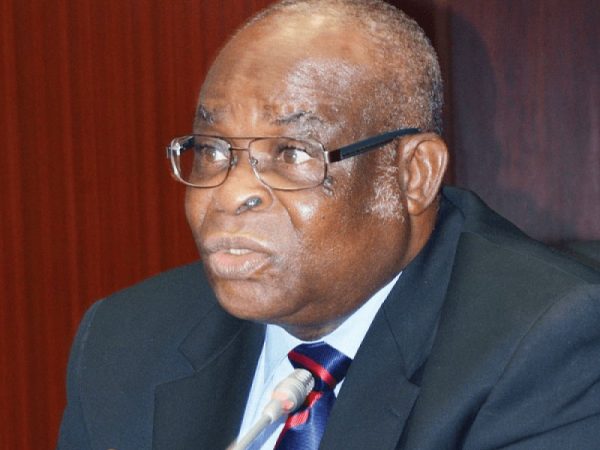 The Supreme Court on Friday struck out a suit by the Cross River State Government faulting the suspension of former Chief Justice of Nigeria, Walter Onnoghen by President Muhammadu Buhari.

Buhari had, upon an ex-parte order issued by the Code of Conduct Tribunal (CCT) on January 23, 2019, suspended Onnoghen from office pending the conclusion of his trial before the CCT on charges of breach of Code of Conduct for Public Officers.

Onnoghen remained on suspension until he retired and was, on April 18 this year , convicted by the CCT after finding that he did not declare some of his assets.

In a judgment on Friday, six members of a seven-man panel of the Supreme Court, headed by Justice Olabode Rhoes-Vivour, held that the court lacked jurisdiction to hear the case, because the Attorney General of Cross-River State, in whose name the suit was instituted, lacked the requisite locus standi to initiate the case.

The majority judgment, authored by Justice Olukayode Ariwoola, was read by Justice Paul Galumje, where he also said the Supreme Court was not the appropriate forum to ventilate whatever grievances the plaintiff may have in relation to the cause of action.

The majority judgment upheld the preliminary objection raised against the suit by the Attorney-General of the Federation (AGF) and struck out it (the suit) without examining the merit, on the grounds that it had earlier held that the court lacked jurisdiction to hear the case.

Justice Mary Odili dissented in her minority judgment, by holding that Cross Rivers State, Onnoghen’s home state has the locus‎ standi to sue, and that the Supreme Court is the appropriate forum to institute such suit.

Justice Odili further held that the January 23, 2019 ex-parte of the CCT, on which President Buhari relied to suspend Onnoghen, was unlawful, because the tribunal had no jurisdiction, in the first place, to entertain the charge brought against the ex-CJN by the Code of Conduct Bureau (CCB), The Nation reports.