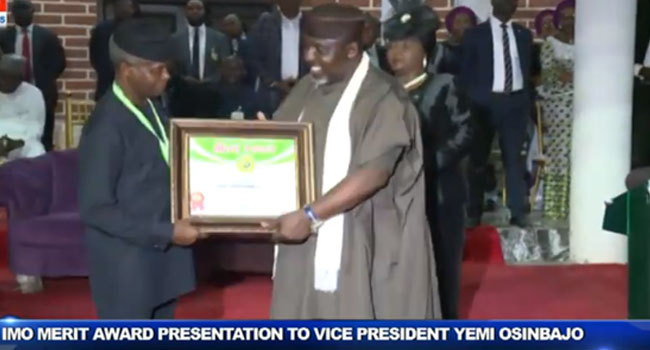 Vice President Yemi Osinbajo has been conferred the award of Grande Chancellor of Imo State.

Professor Osinbajo was conferred the honour at the Imo Merit Award ceremony which held in the state on Friday, May 17.

At the ceremony, Governor Rochas Okorocha who was the chief host, said the Vice President was being honored for his selfless services to the Nigerian people.

He urged young Nigerians to study and follow the footsteps of the Vice President who he described as a humble man with numerous achievements beneath his belt.