Why I called Churchill a 40-second man - Tonto Dikeh 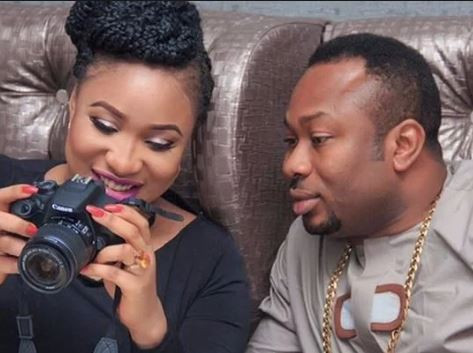 Nigerian actress, Tonto Dikeh, has revealed why she described her estranged husband, Olakunle Churchill, as a 40-second man.

Tonto Dikeh revealed her reason while responding to a fan who lampooned her for using Churchill’s alleged sexual disorder to publicly shame him.

She stated that she made her ex-husband’s inabilities public because he was the first to accuse her of being on hard drugs.

It could be recalled that she claimed the father of her son suffers from premature ejaculation and only lasts for 40 seconds in a recent interview with Daddy Freeze of Cool FM.

The claim has since generated a lot of controversy with her followers taking diverse stands.

In a post she shared on Instagram, Tonto warned that what happened to her could happen to anyone and advised that others should learn from her situation.

She wrote, “So, a man f**king man say I’m on drugs and I can’t use his sexual disease against him? For me, I will drag your life from hell and back until I’m ok!! We all can’t be the same, you know.”