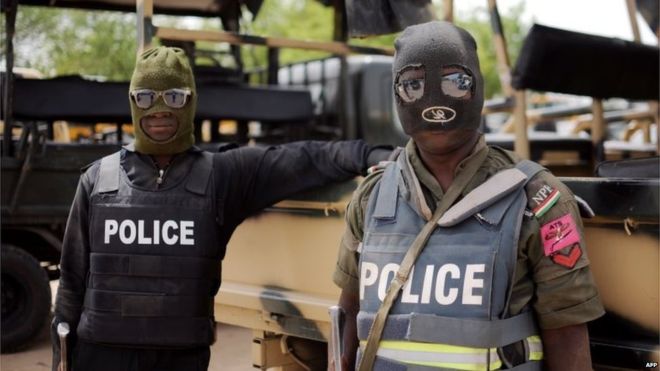 The Police on Sunday said they had killed the suspected mastermind of the kidnap of the Board Chairman, Universal Basic Education Commission (UBEC )and his daughter.

Muhammed Mahmood and his daughter were kidnapped on April 29 around Katari Village, along the Kaduna-Abuja Highway and later released.

Force Spokesman, Frank Mba, a Deputy Commissioner of Police, said in a statement in Abuja that the suspect was killed on Saturday during a shootout with operatives attached to “Operation Puff Adder”.

“A kidnapping kingpin and notorious armed robber, who recently masterminded the kidnap of the UBEC Chairman along Abuja- Kaduna road is dead,” he said.

Mba said the suspect, Sumaila Sule, alias SHAHO, who was in his mid thirties, was a native of Rijana village in Kachia Local Government Area of Kaduna State.

He explained that the suspect died following multiple bullet wounds he sustained during the shootout.

The spokesman said that the operatives were carrying out routine surveillance when they came under attack from a heavily armed criminal gang at the outskirts of Rijana village.

In a related development, Mba said the police have also arrested four members of Sule’s gang during a follow-up operations.

According to him, the suspects are: Musa Hassan, 26, Yau Umar, 25, Umar Musa, 22 and Muhammad Sani, 28 all natives of Rijiana village.

Mba said that Sule and his gang members who have been involved in several heinous crimes along the Abuja-Kaduna highway, have been on the radar of the intelligence community for a while.

He said that a combined team of security operatives have also arrested three suspected kidnappers who have been terrorizing citizens at Mubi axis of Adamawa.

Mba said one AK 47 rifle and 26 rounds of live ammunition were recovered from the suspects.

He said the suspects have confessed to participating in several kidnapping and armed robbery operations within Adamawa, including the kidnap and collection of a ransom of N7 million from Mallam Abdulahi Umoru of Hong Local Government Area of the state.

“Investigations into these cases are on-going, while efforts aimed at arresting other members of the gangs still at large are being intensified,” he said.

Mba said that the acting Inspector General of Police, Mohammed Adamu, has reassured Nigerians that the war against crimes and criminality would soon be won.

He called for continuous support for the police and other law enforcement agencies, adding that the security agencies would not rest on their oars till normalcy was restored in every part of the country.