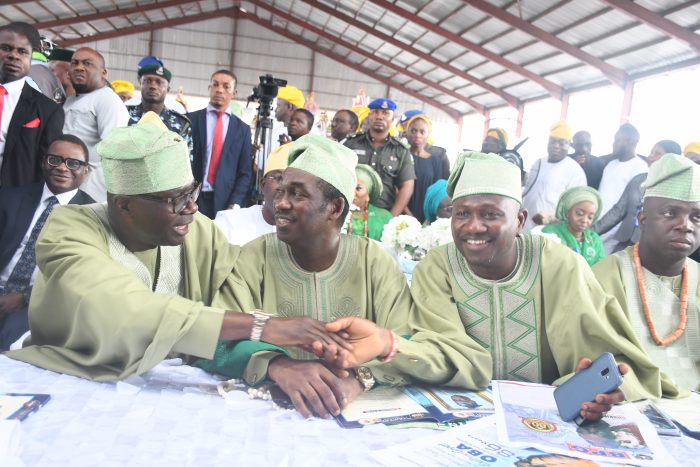 Osun State Governor, Gboyega Oyetola; immediate past Governor of Osun, Ogbeni Rauf Aregbesola; Minister of Power, Works and Housing, Babtunde Fashola; wife of the National leader of the All Progressives Congress, Senator Oluremi Tinubu and several dignitaries on Monday graced the 8th Day Fidau prayer of Oba Olatunji Hamzat who died at the age of 87.

Speaking at the event, the bereaved, Dr. Hamzat thanked all for gracing the occasion, saying that his father lived a  life worthy of emulation.

He said the crowd at the event showed that the deceased  worked for humanity and did good things for the people, while he prayed for the repose of the deceased’s soul.