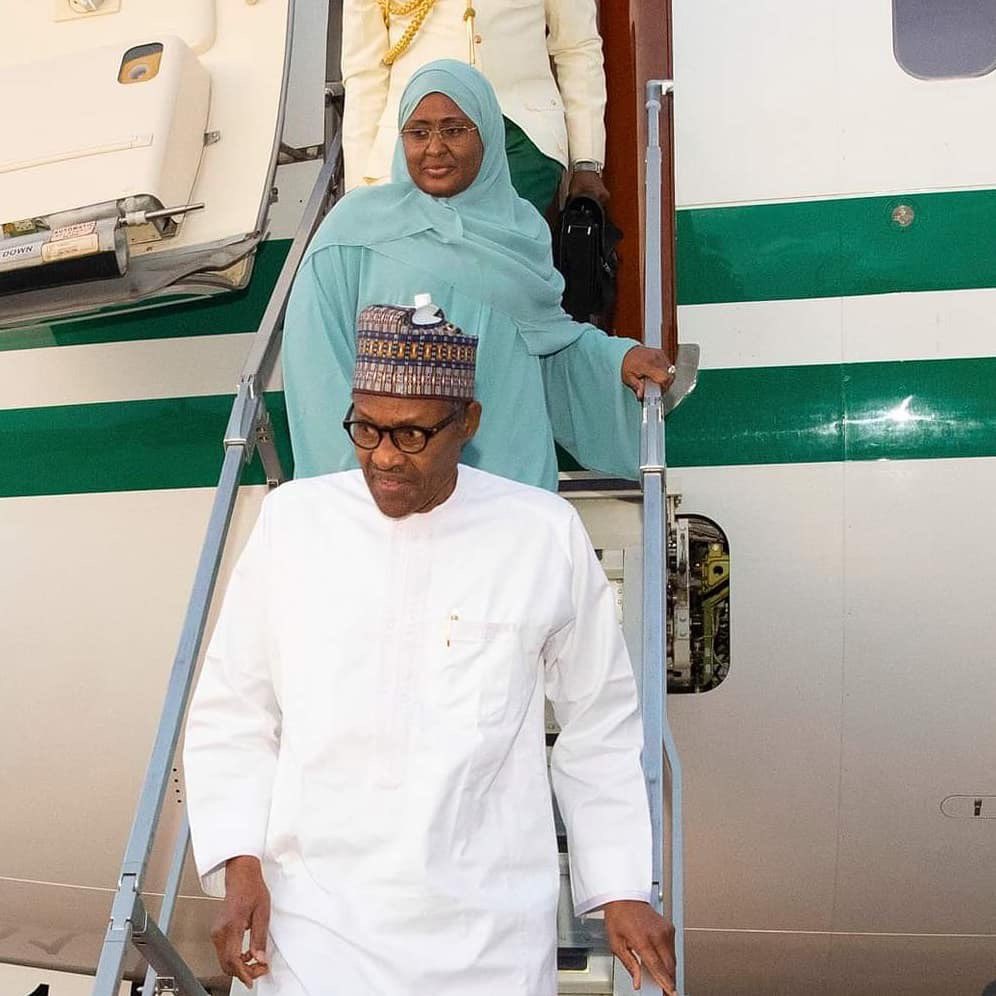 President Buhari and his wife, Aisha lands in Abuja.

The President’s Chief of Staff, Malam Abba Kyari; Minister of the Federal Capital Territory (FCT), Malam Muhammed Bello; acting Inspector-General of Police, Muhammed Adamu and other government functionaries were at the airport to welcome the president.

While in Makkah, President Buhari, who performed the lesser hajj alongside his wife, closed associates and aides, also held Iftar dinner meetings with prominent Nigerians, including his key ally and National Leader of the ruling All Progressives Congress (APC), Asiwaju Bola Tinubu.

Others who met with the president included Gov. Abdul’aziz Yari of Zamfara, who was accompanied by Emir of Maradun Alhaji Garba Tambari.

The holy month of Ramadan is a blessed time for spiritual reflection and commitment while prayers are encouraged to achieve forgiveness, peace and prosperity of Nations.

President Buhari is expected to preside over the valedictory session of the Federal Executive Council (FEC) on Wednesday, barely a week before his inauguration for another four-year tenure as President and Commander-In-Chief of Nigeria Armed Forces.