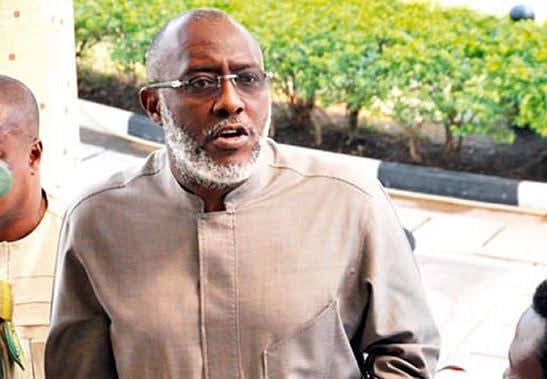 Justice Okon Abang of Federal High Court sitting in Maitama, Abuja, has expressed displeasure as to the various means being employed by the defence team of the former National Publicity Secretary of the Peoples Democratic Party, PDP, Chief Olisa Metuh, in the ongoing N400 million alleged fraud by the Office of the National Security Adviser, ONSA.

Abang observed the various adjournments at the instance of the 1st defendant as an attempt to prolong, frustrate and scuttle the matter entirely; especially since defence team handed over the matter to A.C Oziakor.

The judge added that the major reason for employing Oziakor’s services was to frustrate the trial.

The Economic and Financial Crimes Commission, EFCC, is prosecuting Metuh before Justice Abang for allegedly receiving N400 million from ONSA in 2014, to run advocacy campaign for former President Goodluck Jonathan ahead of the 2015 general elections.

The trial of Metuh was stalled Wednesday, April 10, 2019, due to absence of counsel to the 1st defendant, A.O Onsiowu.

At the resumed sitting on Monday, the prosecution counsel, S. Tahir told the court that the prosecution is ready for the continuation of the trial, adding that the 15th defence witness, who is also the 1st defendant in the matter, is in the dock for cross examination. While Counsel to the 2nd defendant, Tochukwu Onwugbufor, SAN, also informed the court of their readiness to proceed.

But Metuh’s counsel, Oziakor, who was absent in court sent a letter to the court which was served to all parties involved, seeking another adjournment because he has another matter at the State High Court Adamawa, Yola State.

He attached a copy of his flight ticket to Yola to the letter. It will be recalled that the case had witnessed four different adjournments which has always been granted.

However, the prosecution counsel, opposed the application, adding that the trial has suffered enough adjournment.
.