NMA condemns arrest of doctor who attempted to save suicide victim 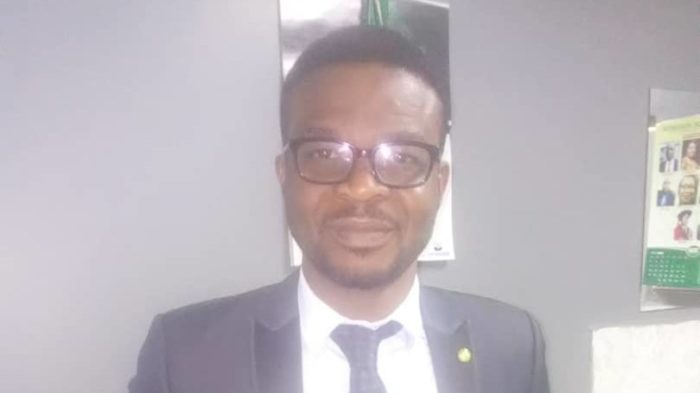 Dr Ekpe Phillips Chairman of the NMA in the FCT

The Nigerian Medical Association (NMA) has condemned the alleged harassment and intimidation by the Police of a doctor, Dr Daniel Eitokpha who attempted in vain to rescue a suicide victim.

Dr Ekpe Phillips Chairman of the NMA in the FCT told newsmen in Abuja that the attack was a case in point to many other attacks on doctors by the Police.

Phillips berated the police for manhandling, arresting and detaining the doctor whom they said was only being very patriotic in attempting to save someone who had attempted suicide.

He said the action of the police was unfortunate and unprofessional, adding that the attack was dehumanising and an act of intimidation.

The FCT Chairman of the NMA narrated that Dr Eitokpah was detained for attempting to rescue and perform Cardiopulmonary Resuscitation (CPR) on a suicide victim who hung himself at Sunnyvale Estate, Lokogoma District Abuja.

Phillips said that Eitokpah was immediately held as a suspect thereby causing so much damage on his image, moral and professional status as a medical doctor.

“This is indeed worrisome and indicates what some innocent Nigerians pass through everyday in the hands of the law enforcement agents.

“According to him, Eitokpah graduated from Ternopil State Medical School, Ukraine in 2016 and returned to Nigeria as a Brain gain to serve his country only to experience this harsh and hostile treatment from those who are supposed to protect him.

“When the team of Police arrived the scene, Eitokpah identified himself as medical doctor, a youth corps member and explained the situation he met on ground to the police, expecting commendation.

“He was rather rebuked, arrested and immediately termed a suspect after being addressed in a demeaning manner, this is indeed really unfortunate,” he said.

Phillips said that this was one of the many harassment NMA members passed through in the course of discharging their duties as professionals.

He called on the appropriate authority in the police to call its officers and men to order and put an end to the incessant harassment and criminalisation of doctors, not only in FCT but in Nigeria at large.

He stated that Eitokpah now feels afraid and insecure in his country because of the behaviour of the Police who termed him a suspected murderer instead of protecting him after detailed identification, explanation and confirmation by other witnesses.

“But for the CCTV footage, Dr Daniel Eitokpah would have still being in detention and perhaps would have been sentenced to death for trying to save the life of a neighbour, a Nigerian. The CCTV footage actually revealed that the RCCG gospel artist succeeded in committing suicide solely for over 4 hours.

“It is unfortunate that those who drew the attention of the public and put an emergency call to the police were also arrested, intimidated and harassed.

“It appears that if you see an emergency situation that requires urgent attention, one should quietly walk away,” he wondered.

The NMA however demanded for public apology to Dr Eitokpah, his family and NMA-FCT, adding that the police should stop further harassment and intimidation of medical doctors and other health professionals on duty.