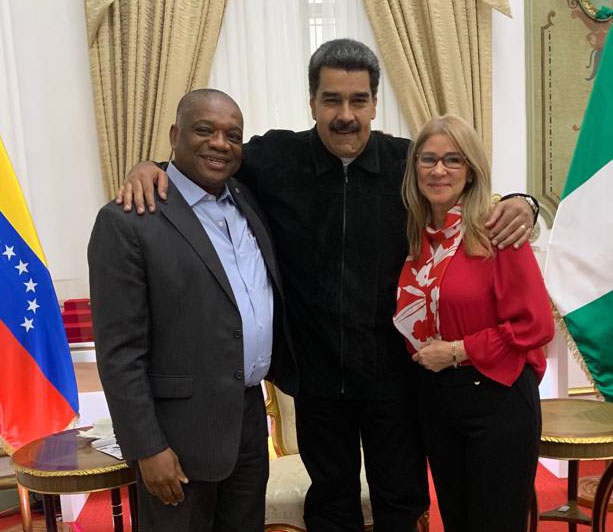 Former governor of Abia State, Orji Uzor Kalu was a guest of embattled President Nicolás Maduro of Venezuela on Monday.

Orji, now a Senator-elect in his state met Maduro at the Miraflores Palace, Caracas.

Globovision.com reported that Orji discussed with his host, strengthening relations between Nigeria and Venezuela, both members of the Organisation of Petroleum Exporting Countries(OPEC).

They also discussed matters of mutual interest in the gas and oil area, as well as the existing alliances through the Movement of Non-Aligned Countries to strengthen the Diplomacy of Peace with the peoples of the world, especially with Africa.

The executive vice president, Delcy Rodríguez, wife of Maduro, Cilia Flores and the deputy minister for Africa, Yuri Pimentel, were all present at the meeting.

Some reports said Orji sealed some deals for his Slok Holding, a conglomerate with interests in shipping, banking, oil trading.