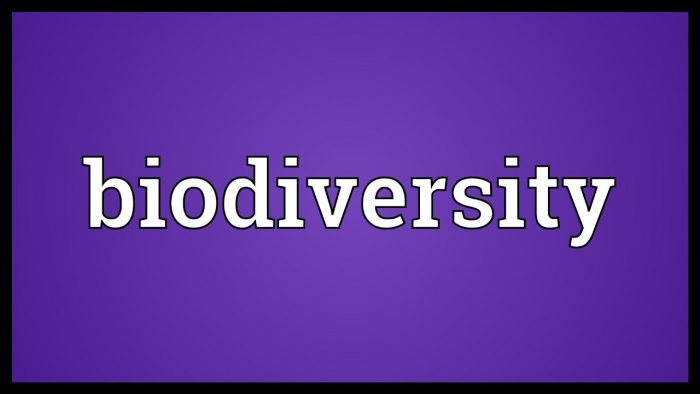 Health of Mother Earth Foundation (HOMEF) has called for concerted efforts toward the preservation of biodiversity.

HOMEF, in a statement signed by its Executive Director, Mr Nnimmo Bassey noted that biodiversity played a crucial role in ecosystem functioning, including provision of goods and services essential to human health and wellbeing.

Bassey, however, wondered why policymakers were at ease while biodiversity was being eroded at an alarming rate, thus posing fundamental risks to the health and stability of ecosystems.

“The increased use of insecticides and herbicides on farmlands and the genetic engineering of crops to be insecticides themselves, kill intended and unintended insects and poses severe threat to biodiversity.

“Pollination, which is an important mechanism in the maintenance and promotion of biodiversity and is critical for food production, is threatened by the use of genetically modified insect resistant crops, intensive agricultural practices, pesticides, invasive alien species and climate change.

“More concerns are added as humans have advanced to the point when extinction is being engineered in the laboratory by a technology known as gene drives,” he said.

The statement also quoted Joyce Ebebeinwe, HOMEF’s project officer on Biosafety, as saying that a dependence of global food production system on the few genetically uniform varieties of plants, entrenched in a monoculture system, “is dangerous for the conservation of biodiversity and healthy living”.

She noted the inter-connectivity of species and their collective effect on food systems, while lamenting that humans were increasingly forgetting that all human beings share the same planet.