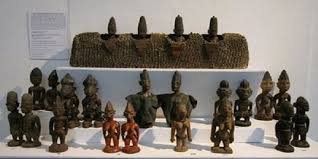 Mr Peter Odey, a retired Director of Museum, the National Commission for Museums and Monuments (NCMM) says the absence of a National Museum in the Federal Capital Territory is scandalous.

Odey in Abuja on Wednesday said it was regrettable that the capital of the most populous black people on earth “does not have a museum”.

The retired director observed that the presence of National Church and Mosque was supposed to be complemented by a Museum.

“A country like Nigeria that is so rich in cultural materials and heritage cannot afford not to have a National Museum in its state capital.

“It is scandalous for Nigeria with Abuja as it capital for over four decades not to have a National Museum.

“Heads of State from other countries come to Abuja and do not have a place to go to know about the people.

“They end up in the State House, after their meetings, they go back to their countries without knowing about the people.

“Abuja was designed in such a way that it has the National Mosque, Church and in between, National Museum which represents the traditional culture of our people.

“This was done so that museum will act like the moderator between the influence of Islam and the Christianity,” Odey said.

According to him, Christianity and Islam are foreign religions that do not represent indigenous traditional cultures.

“Thus, our culture is missing. It is the foreign ones that are in place now; it is scandalous.

“Having a National Museum in Abuja is something that should take priority in the thinking of government right now; we can’t continue like this.

“Everywhere you go in the world, they have museums that reflect the cultures of their people, but Nigeria that is very rich, we don’t have a National Museum in Abuja,” he said.

The retired director stressed that “we don’t value our culture”, adding that foreigners were after the cultural objects of the country, which they displayed in their countries’ museums, while Nigerian government was not concerned about having a Museum in Abuja.

“Give us back that land located between National Mosque and Church so that a National Museum can be put up there with objects from different cultures of Nigeria,

“We have over 350 ethnic groups in Nigeria and all of them have materials and objects to display in a National Museum in the Federal Capital which is Centre of Unity.

“We have to be serious, believe in ourselves and our heritage because these materials tell our stories,” Odey said.

He said that when Lagos was the country’s capital, when Heads of State and important dignitaries visited Nigeria, before they left, they visited the National Museums to know more about Nigerians.

“That is why I am advocating that the land between National Mosque and Church that was given to the commission to build a National Museum should be returned to it.