Why teenage pregnancy is rampant – Residents 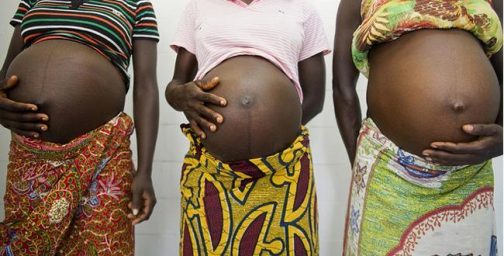 Some residents of Karu Local Government Area of Nasarawa State have blamed the rampancy of teenage pregnancy in the area on parental negligence, poverty, and moral decadence.

The residents made this known in separate interviews with the News Agency of Nigeria (NAN) on Wednesday in Mararaba.

According to Mr Ben Idiege, a civil servant, poverty contributes significantly to teenagers’ propensity to get pregnant because their families are unable to provide them their basic needs.

He said that the act of allowing teenagers to engage in immoral acts because of money and fashion was not in the interest of the society and the future of the teenagers.

“It is crazy for parents to think that once a girl-child is grown up they no longer have to continue to cater for them and provide their needs.

“Parents should stop engaging their teenagers in immoral activities for the sake of bringing money home for the family to feed.

“I understand that the economy is difficult, but it is not acceptable for parents to allow their teenage girls to engage in activities that will be detrimental to their health and future,” he said.

Mrs Anthonia Jatto, another resident, urged parents not to allow their teenage girls to hawk goods as that could make them predisposed to getting pregnant.

“Street hawking among children must be stopped because experience has shown that most victims of harassment and abuse are children sent to the streets to hawk.

“Parents should try by all means to provide for their children and to stop using them as breadwinners of the family,” she said.

Mr Mathias Bulus, a trader blamed the increasing rate of teenage pregnancy on failure of some families to instill discipline and morals in their wards and children.

“It is the responsibility of parents to monitor properly the activities of their children and ensure that they associate with the right people, but also dress decently before leaving home.

“Teenage pregnancy, immoral behaviours and crimes are on the increase because some families have failed to shoulder their responsibilities as they should,” he said.

Mr Cletus Akogwo, a tailor, called on parents to devote time for their children, especially the females, adding that education without sound moral could be counterproductive.

He added that the failure of parents to caution their children against immoral acts was one of the major factors responsible for the rampancy of teenage pregnancy.