Ex-NIMASA Acting DG to be jailed for fraud 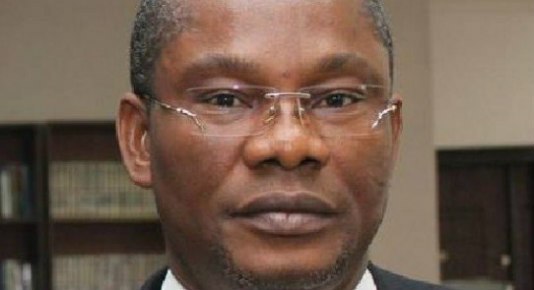 The Economic and Financial Crimes Commission (EFCC) had preferred an eight-count charge against Obi, who was also a former Executive Director of the agency.

He was charged along with one Alu Dismas, an aide to Patrick Akpobolokemi, a former Director-General of NIMASA – Nigerian Maritime Administration and Safety Agency.

On Thursday, the court convicted the defendants, after it found them guilty of allegations in the charge.

Meanwhile, the judge discharged the defendants of counts one and three of the charge.

She adjourned the case until May 28 to hear allocutus (plea for mercy) of the convicts, after which the court will deliver its sentence.

The judge ordered the defendants to be remanded in prison pending sentencing.

The defendants had each pleaded not guilty to the charges on arraignment, and were admitted to bail in the sum of N5 million each, with sureties in like sum.

EFCC closed its case on Jan. 31, 2017, while the defence filed a no-case submission.

The court dismissed the no-case submission on Feb. 21, 2017, and ordered the defence to open its case.

According to the charge, the defendants committed the offences on Aug. 5, 2014.

Prosecution said that they conspired to convert the money from NIMASA, with the knowledge that it was a proceed of stealing.

The alleged offences contravene the provisions of Sections 15 and 18(a) of the Money Laundering Prohibitions (Amendment) Act, 2012.