Speakership position: Wike charges Gbajabiamila not to be sectional leader 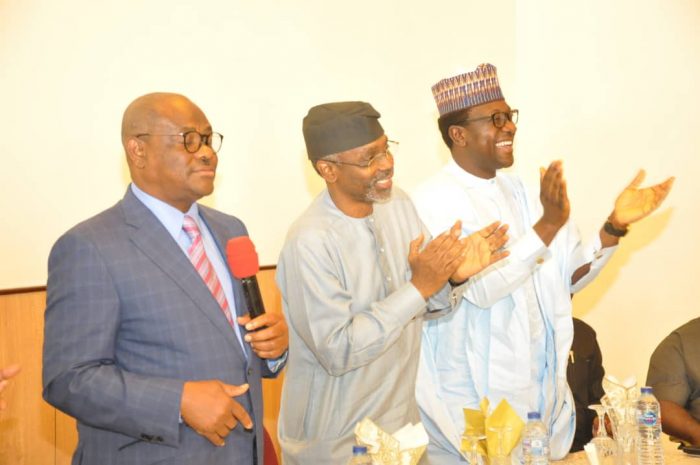 Speaking on Wednesday at the Government House, Port Harcourt when he granted audience to the Majority Leader and his Campaign Team, Wike urged the Majority Leader to shun all forms of excessive party politics and focus on delivering development to the country.

He said: “My belief is that we must work as a team irrespective of the political party that we belong to. It is because of party, that the Electoral Act was not signed

“I will not support any candidate based on political party. I will support based on capacity to deliver. We must work as a people.”

He urged Gbajabiamila to always take Rivers State into consideration in the next dispensation, pointing out that the State was not favoured since 2015.

Earlier, Gbajabiamila informed the governor that they were in the state to seek his support and blessing for his ambition to head the next House of Representatives as speaker.

He said that the theme of his campaign is “nation building: A Joint Task”. He assured Wike that he would carry all sections of the country along, irrespective of their ethnic, religious and political affiliations.

“There is 30 years of legislative experience between Idris Wase and me , which money cannot buy. I know you want the best for the country “, he said.