Davido features in new video ‘Next To You II’ 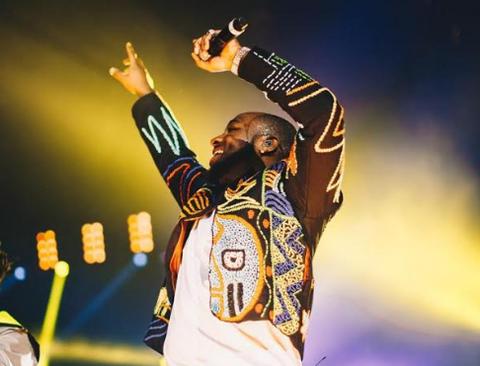 Popular Nigerian Afr0-Pop Star, Davido has featured in a new video, Next to you II.

The song produced by Jamaican music producer, singer, Tarik Johnston also known as ”Rvssian” is a remix of an earlier released version of the song that only featured Rvssian.

American singer, Becky G and Digital Farm Animals released her new single titled, ‘Next To You’ and it featured producer, Rvssian in April.

However, the singer surprised her fans with a follow-up to that song titled, ‘Next To You II’ which features Nigerian superstar, Davido and Rvssian.

Becky G wrote that, “I’ve been a massive fan of the afro-beat vibe for a minute now, so when I heard that Davido was bringing his flow to the record, I was stoked.”

Also, Digital Farm Animals wrote: “If I could’ve chosen anyone to join this track, it was Davido.”