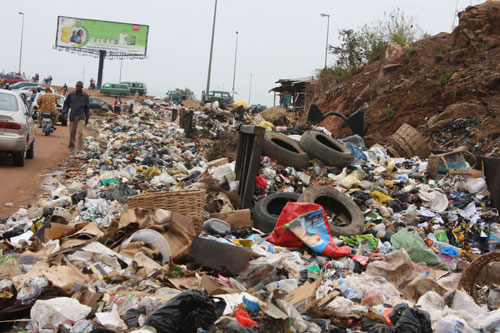 Malam Muazu Yusuf, Director, Kaduna State Ministry of Environment and Natural Resources, has warned residents of the state against indiscriminate dumping of refuse on the roadside.

Yusuf gave the warning in Kaduna on Friday.

He said residents who dumped refuse indiscriminately in unauthorised places would face the wrath of the law.

The director appealed to residents to bag their waste properly so that the refuse would not litter the streets.

Yusuf, however, urged the residents to also report people seen dumping refuse in unauthorised places to the government for prompt action.

He gave an assurance that the ministry through its contractor, Cape Gate Nigeria, would dispose waste regularly.

“Regular sanitation should be a matter of necessity and should be observed daily in every home for healthy living.

“I advise the residents to stop dumping refuse in drainage and join hands with the administration in the development of the state,” he said.

The director said the ministry and its agency were operating with mobile courts to prosecute residents who dumped refuse indiscriminately.

“The heap of refuse in some communities is due to lack of access roads for our disposable trucks and negligence on the part of some residents.

“In spite of the efforts of the ministry to keep the environment clean, some residents have failed to comply with sanitation rules and regulations.

“The ministry is trying its best to create awareness on proper ways of disposing waste but some residents have refused to do the right thing,” he said.