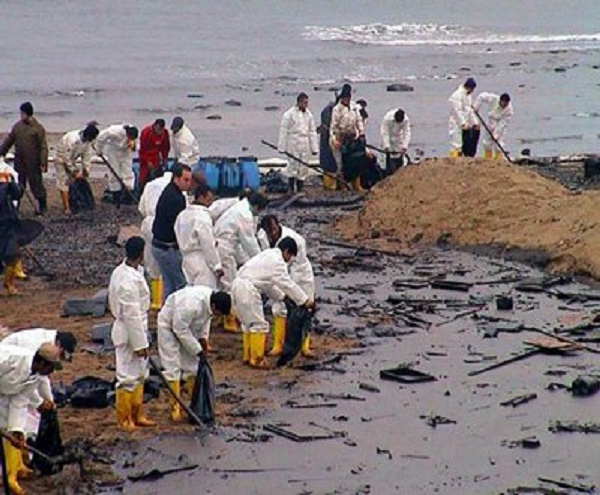 The Federal Government said on Friday it has handed over four additional oil spill impacted sites to contractors for the clean-up of polluted Ogoni communities.

According to him, no fewer than 21 oil impacted sites has so far been handed over to contractors in the first phase of the clean-up.

“The contractors went through rigorous screening before they were selected having met the entire requirement, including the needed experience for the project.

“We expect the contractors to bring their experiences to bear on the project by delivering the Ogoni people a fertile and clean land.

“The four out of five sites approved by the Federal Executive Council (FEC) are located in Eleme community. The sites include, Lots 4, 7, 8 and 16,” he said.

Dekil said a fifth site endorsed by Federal Executive Council would be handed over to another contractor on a later date.

He said that approval of the five sites by government was clear indication of President Muhammadu Buhari’s commitment and passion to speedy and full implementation of the UNEP Report.

“Similarly, all necessary structures have been put in place to ensure the successful implementation of the clean-up project for restoration of livelihood of Ogonis.

“This project brings great economic opportunities to the people of Ogoniland. We urge Ogonis to take full advantage of the opportunities and remain peaceful,” he said.

Also, Dr Peter Medee, a member of HYPREP’s Governing Council, urged detractors against blackmailing and sabotaging the clean-up project, insisting that HYPREP was determined to deliver on its mandate.

He said that funds would not affect execution and quality of the clean-up, urging Ogonis to continue to support the project.

On his part, King Godwin Gininwa, Chairman, Supreme Council of Ogoni Traditional Rulers, assured the contractors of support and cooperation of people of the area.

Gininwa called on contractors to offer opportunities to indigent Ogonis to participate in the exercise as recommended by the UNEP Report.