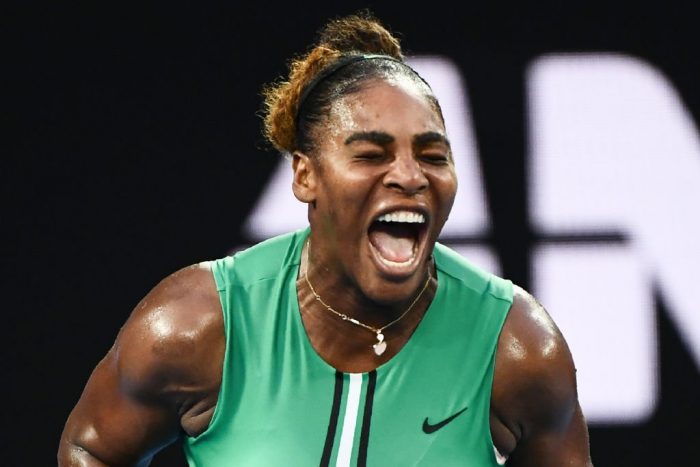 Serena Williams represents the United States’ best chance to hoist the French Open trophy this year, but questions loom about her fitness after she was forced to withdraw from the Italian Open last week with a knee injury.

Williams, a three-time French Open champion who has a 28-4 record on the red clay of Roland Garros, could be dangerous if she is pain free and can get off to a good start.

“She’s such a professional that she doesn’t play unless she’s healthy, especially Grand Slams,” he said of the 23-time major champion, who is currently ranked number 10 in the world.

“So if she does, I think with every match that she wins she becomes a bigger and bigger threat.”

Her sister Venus has underperformed this year, but remains in the conversation given her experience at slams, which includes a finals appearance at the French Open back in 2002.

The speedy, defensive-minded Sloane Stephens reached the French Open final last year and the 2017 U.S. Open champion could be poised to get the job done this year.

“Clay is a great surface for Sloane,” Blackman said.

“She’s such a good mover, she’s so good at opening the court, and she has so many different ways to hurt you. And she is getting more and more comfortable at the net.”

Powerhouse Madison Keys, who fell to Stephens in the French Open semi-finals last year, won her first clay court title at the Charleston Open in April, defeating Stephens and Caroline Wozniacki in the process.

“Madison recently made a coaching change, she’s working with (Juan) Nacho Todero and I think they are in a really good place,” Blackman said.

“She’s healthy, she’s fit and if she gets to the second week, she’s super dangerous.”

While there’s a host of contenders on the women’s side, U.S. tennis fans can feel less optimistic about the men’s chances.

The top American man, world number 10 John Isner, last week withdrew from the French Open due to a foot injury he picked up during his Miami Open final defeat by Roger Federer in March.

The next best hope is probably the hard-hitting Sam Querrey, who has had success on clay in Davis Cup competition, but has never got past the third round at the French Open, with his best result coming back in 2008.

Rising Americans Frances Tiafoe, Taylor Fritz and Denis Kudla are a combined 0-8 in their main draw matches in Paris so will all enter the tournament amid low expectations.

One bright spot for the U.S. men could be big-serving 21-year-old Reilly Opelka, making his French Open main draw debut.

“Really keep an eye out for Reilly,” Blackman said of Opelka, who routinely serves in the low-140 mile per hour range. “His serve can give you nightmares. No one wants to play him.”