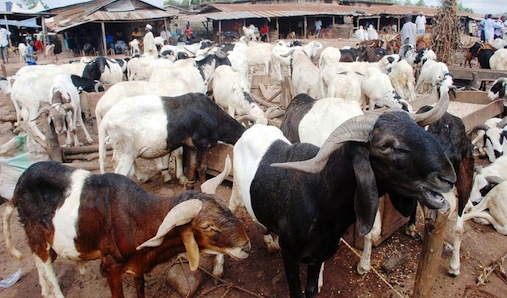 File Photo: cattle at a ranch

The Tor Tiv, Prof. James Ayatse, has called for the integration of crop and livestock farming to checkmate the clashes between farmers and herdsmen in the country.

He also called on government and stakeholders to evolve formula for lasting peaceful coexistence between the two in the crisis affected areas.

The traditional ruler, who is also Chairman of the Benue State Council of Chiefs, said this in an interview with the News Agency of Nigeria (NAN) in Abuja.

He was speaking on the sideline of Engaging Communities for Peace in Nigeria (ECPN) project anchored by U.S. Agency for International Development and Mercy Corps, an International NGO.

Ayatse said the best way to curb these clashes was to evolve ways that crop and livestock farming could exist side by side.

The traditional ruler said that times had changed since the herders and farmers knew each other and never experienced crises between the communities.

“If we don’t change our ways, these problems will continue to hurt us, and it is the poor and downtrodden who suffer most.

“If you engage in fighting, even if you win, you lose something,” he said.

The monarch, who decried the wave of attacks allegedly by armed herders, said that the attack was a threat to peaceful coexistence of the herders and farmers.

“The new wave of armed attacks in the last eight years is a new development. It’s hugely about herdsmen that were armed and sometimes they don’t even have cattle, but attack the people.

“So, I believe that they are not the regular herdsmen that lived among us.

“Normally in the past the herdsmen that lived among us if their herds strayed into the farms and destroyed, immediately we met and settled,” he said.

He said things had change with the new herders that would even break stores and barns to feed their cattle with.

“The truth is that livestock and crops cannot work together, you have to separate them because once you allow the herds to wander to an open grazing definitely they will consume the planted crops.

“This is because the planted crops are better prepared than the ordinary grass, so they ordinarily go for it.

“So I think the best thing to do is to see how the crop farming and livestock farming can be done alongside without one destroying the other. That is the only formula to peaceful living and coexistence,” he said.