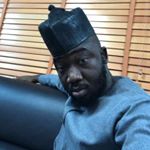 Overzealous officers of the Lagos State Task Force on Saturday beat up a journalist and Managing Director of The Guild, an online news portal, Abdul-waheed Usamah, for confronting them to stop harassing innocent people.

He was assaulted, put in a Black Maria and taken to the Task Force Headquarters in Oshodi where he was detained for two hours.

The incident occurred at the Police College during a Victory Party organised for the Lagos Governor-elect, Babajide Sanwo-Olu on Saturday.

According to Usamah, “I attended the Victory party organized for the Lagos Governor-elect, Babajide Sanwo-Olu, and his deputy, Dr. Obafemi Kadri Hamzat, by Sanwo-Olu’s ICG, and held at the Police College in Ikeja. During the event, I noticed how police officers attached to the Lagos State Task Force have been harassing and embarrassing APC party members and other guests who were trying to access VIP session of the party, and I drew the attention of the organizer and the ICG’s security to the men.

“During the process of trying to advise and made suggestions to the ICG’s security so as to save guests from the embarrassment coming from the police officers, one the officers, violently pushed me and we got into arguments, and others, including their superior started threatening.

“While I was trying to talk them out, one officer came from the crowd, and punched me in the face, and the next thing I knew, five of the officers started dragging me and forcefully pushed into the Task Force truck. I was kept in the Black Maria for an hour, and was later driven, inside the Black Maria to the agency’s office where I was kept inside cell.”

He explained further: “When we got to the agency’s office, I was handed over to the officers on duty who after, seizing my two phones, asked me to removed my belt and shoes, and locked me inside a cell where I met about 17 people in bad condition.

“After about an hour and half, one officer came in announcing my name and directed his colleagues to open the cell iron gate for me and led me to the Task Force Chairman’s office, where I met him. He ordered for my belongings in agency’s care and released me.”