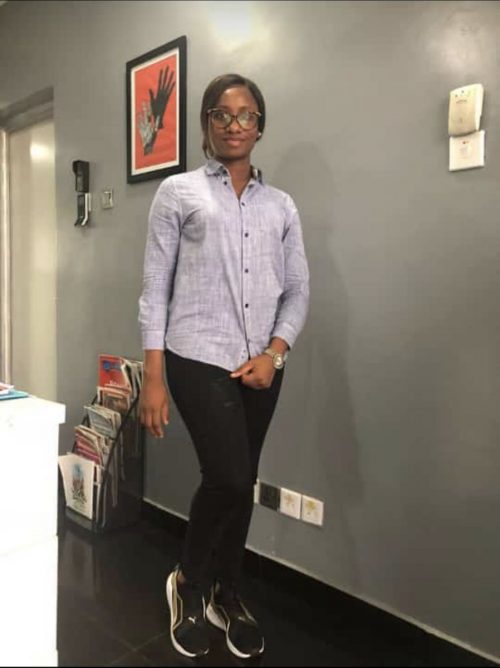 Lagos girl, Adewura Lateefat Bello, the 26 year-old accounting graduate of the University of Lagos, declared missing from 15 May was found dead today.

Her body was found in a canal.

Her last conversation on the day she was declared missing was with a family member at about 7pm. She was last seen at Ikeja in Lagos suburb.

According to reports, Adewura, an alumna of the University of Lagos said she was heading home in Egbeda. She was not seen since then, until her corpse was found today.

Posts on Twitter alerted the public she was missing, with tweets calling for help in finding her. Her case got a lot of traction on Twitter. The only clue of her was her phone, which was initially tracked to her neighbourhood, but then also tracked to somewhere in Badagry.

Eleven days after, the chilling news of her death was announced on Twitter. Her body was found in a canal.

According to threads, she took a motorcycle home on 15 May and she fell into an open manhole, already flooded. There was no news about the motorcyclist.

“An unnecessary death due to an open manhole during a storm. Manhole was left open but fully covered with flood, she and the bike man missed it due to bad visibility. She wasn’t aware”,lamented Onaolapo Farouq on Twitter. While Farouq blamed government for not covering its manhole, another commentator, Sango Olukoso said the bikeman was warned “not to pass that same place, they told her to come down on d bike, I’m not here blaming her but it could have been avoided…..RIP TO her”

Twitterati are meanwhile mourning her death. Jade Goodie who described Adewura as her cousin wrote: “Cousin. Baby girl. Rest in perfect peace. You were such a bright light in the family. And I love you always. I can’t believe it. #AdewuraBello #RIPWura”.

Dr. Ola Brown, who revealed he was a neighbour to the Adewura family said: “Most of us on these streets didn’t know you until you went missing, but we desperately hoped for days for a miracle. May God console your family”

Collinsweglobe wrote:”I pray to God that he gives strength to the family to come over these trying times. Rest In Peace Adewura”