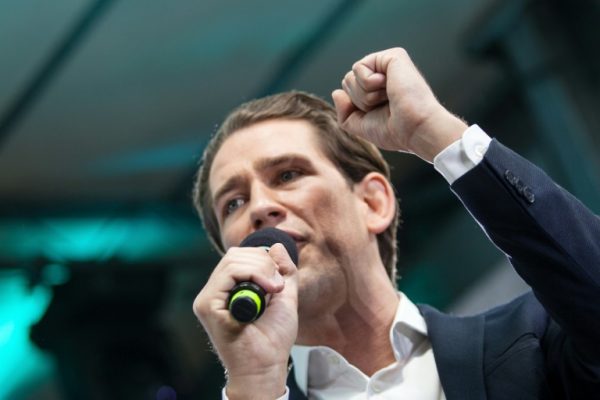 Austria’s Chancellor Sebastian Kurz has been removed from office following a vote of no-confidence on Monday in parliament. Also sacked was his entire cabinet over a corruption scandal, called Ibiza-gate, that first brought down his coalition partners.

FPOe leader and Vice-Chancellor Heinz-Christian Strache resigned from both posts after he was caught on video appearing to offer public contracts in return for campaign help from a fake Russian backer.

That led to Kurz ending his coalition with the FPOe and calling early elections for the autumn, but the opposition say the 32-year-old leader must also take responsibility for the scandal.

“An application (by the opposition Social Democrats) has been accepted, so he has lost the confidence” of parliament, deputy speaker Doris Bures said.

The sacking of Kurz and his cabinet comes just after Kurz celebrated a big win for his conservative People’s Party (OeVP) in Sunday’s European elections, which is projected to gain 34.9 percent of the vote and two extra European parliament seats.

The no-confidence vote against Kurz and his government took place in a special sitting of parliament with more than half of MPs withdrawing their support, making him the shortest-serving chancellor, as well as the first in post-war Austrian history to be removed in this fashion.

It is now up to President Alexander Van der Bellen to appoint experts to lead the government and all the ministries until the elections.

Speaking in parliament before the vote, Kurz accused the opposition of causing instability with the motion against his government, but said if the vote succeeded, he would ensure an orderly transition to whoever is appointed next.

The far-right, meanwhile, seemed to have suffered a setback in Sunday’s vote over “Ibiza-gate”, falling from 19.7 percent to 17.2 percent and losing one of their four MEPs.

The scandal erupted following the publication on May 17 of hidden-camera recordings filmed in a luxury villa on the holiday island of Ibiza a few months before Austria’s last parliamentary elections in 2017.