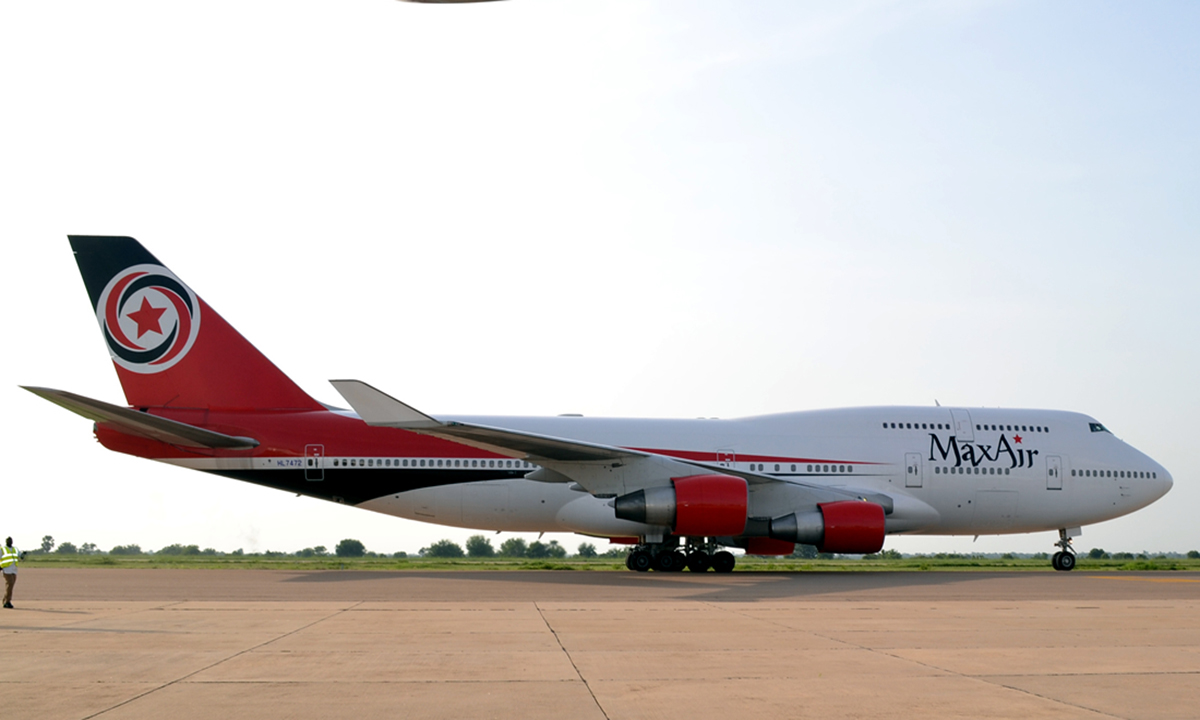 The Management of Max Air Limited, says the airline recently downscale its operations to meet the demands of its passengers in line with the Civil Aviation Regulations (CARs).

Mr Kehinde Ogunyale, Abuja Airport Station Manager of the airline, revealed this on Monday in Abuja.

Ogunyale said that Max Air had operated with a single aircraft due to mandatory maintenance checks, adding that one was undergoing mandatory checks at Aero Hangar in Lagos and another on C-checks.

He said that the airline reduced its operations from seven to five destinations by excluding Port Harcourt and Sokoto routes as well as reduce frequencies to Lagos and Kano while combining operations to Yola and Maiduguri.

The manager said that the aircraft on mandatory checks at Aero had been recertified by the regulatory authority to resume flight on Monday.

“We were doing a one aircraft operations due to mandatory maintenance checks on our aircraft while another is on C-checks.

“During this period we reduced our destinations from seven to five because we stopped flying to Sokoto and Port Harcourt and we were not selling tickets for those destinations.

“Max Air operated four sectors through a partner airline in order to reduce the pressure on that particular day.

“Our passengers were briefed, we did some rescue operation with a partner airline.

“The aircraft has been recertified and released to service and we are back to full operations from Monday May 27,” he said

On allegation that the airline’s passengers were stranded for several hours, Ogunyale said that at no time were their passengers stranded on account of the airline.

According to him, the challenges with delays were not caused by the situation but due to weather conditions with approaching rainy season and also a few times to VIP movements.

“There was a particular flight that passengers were sitting on the aircraft for close to two hours and I also remember three different times that we had to come back to base due to weather conditions.

“So there were things that we didn’t have control over like the weather issue and VIP movements.

“Max Air is currently using it’s 747 fleet for Umrah operations and has lifted almost 8000 passengers to the Kingdom of Saudi Arabia.

“We have had to delay some of the flights because of passengers showing up late and at no time were passengers stranded or left behind,” he said.

Max Air was named as the first of the three domestic airlines with highest on time performance record by the Nigerian Civil Aviation Authority (NCAA) in the first quarter of 2019.

The Consumer Protection Unit of NCAA named Max Air, Overland and Azman Air as airlines that recorded lowest figures in terms of flight delays and cancellations.