Popov heads Ukraine into Poland 2019 Round of 16 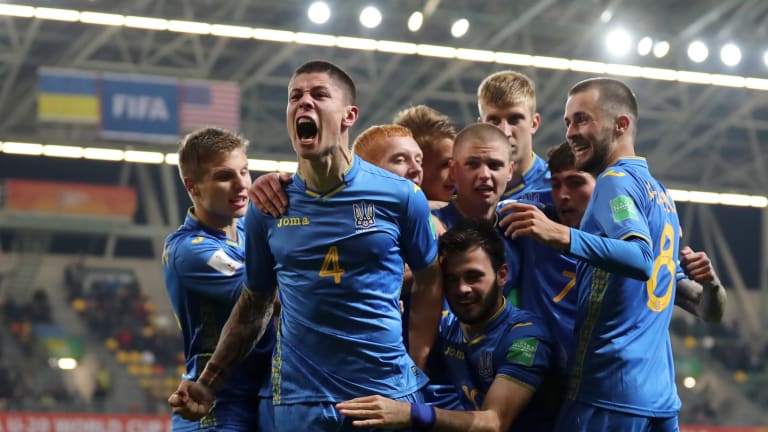 Denys Popov leading the celebration after scoring against USA.

Defender Denys Popov on Monday proved to be the man for the big occasion as he scored his second consecutive winning goal at the FIFA U-20 World Cup Poland 2019.

He scored in his side’s 1-0 victory over Qatar in Tychy in Group D, which confirmed their place in the knockout phase.

After an evenly-contested first half, Popov headed home in the 59th minute on a second-chance opportunity from an initial corner kick for the Ukrainians.

Serhii Buletsa provided the delivery for his second assist of the competition.

Things went from bad to worse for Qatar as captain Nasir Peer was shown a straight red card for a late tackle on Maksym Chekh.

However, they have yet to reach the quarter-finals.

Ukraine will now meet Nigeria on Thursday in their final group phase match, while Qatar take on the U.S.