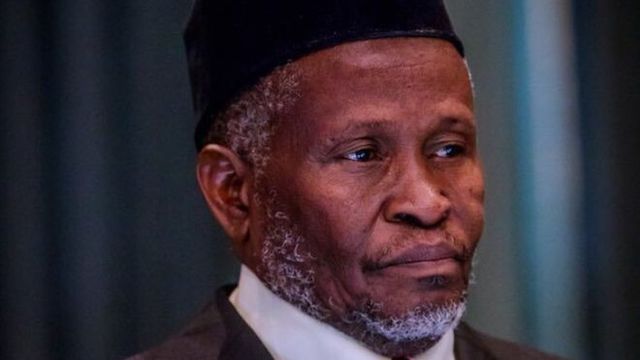 Nigeria’s Supreme Court has left Nigerian lawyers bewildered over its verdict Friday, in which it literally robbed candidates of the All Progressives Congress of their electoral victories in Zamfara’s National Assembly, governorship and state assembly elections, held in February and March this year.

In an unprecedented judicial pronouncement, the court awarded all the seats, including the governorship won by the APC to the rival Peoples Democratic Party that came a distant second.

The reason for the action was that all the APC candidates were not nominated by a valid primary election.

Section 140, subsections 1 and 2 clearly indicate the path to follow:

Despite the clarity of the law guiding the election and the courts, the Supreme Court chose to anchor its verdict on a premise, unknown to the law.

And it was surprising that the unanimous judgment was delivered by a five-man panel led by the Acting Chief Justice of Nigeria, Justice Tanko Muhammad.

The court declared the first runners-up in the 2019 general elections in the state as the winners of all the posts earlier declared to have been won by the APC and its candidates.

Justice Paul Galinje, who read the lead judgment upheld the decision of the Sokoto Division of the Court of Appeal to the effect that the APC did not conduct any valid primary election and as such had no candidate for any of the elections in the state.

He described the votes polled by the APC candidates in the elections as wasted, adding that the party and the candidates with the second highest votes and the spread in the various elections were the valid winners. Galinje also used the opportunity to lambast political parties for not following the rules.

The other judges on the panel were: Justice John Inyang Okoro, Justice Uwani Abba-Aji and Justice Olukayode Ariwoola.

Some Nigerians who have combed the operating law are wondering why the court made such an egregious judicial error.

“Supreme Court did not read this(Section 140, subsections 1 and 2) but we have read it over and over again and we are still asking question”, wrote Eddy King on Twitter.

“Supreme Court ruling on Zamfara election is simply called: Judicial gang up against democracy! It’s a sign of danger that Atiku and PDP may still be in charge of the Judges!”, he added.

The Independent National Electoral Commission on Saturday announced it would comply with the judgment. The All Progressives Congress on the other hand has scheduled a meeting of its National Working Committee to discuss the matter, with indications that it would ask lawyers to demand that Supreme Court judges follow the Electoral Act and order fresh elections.