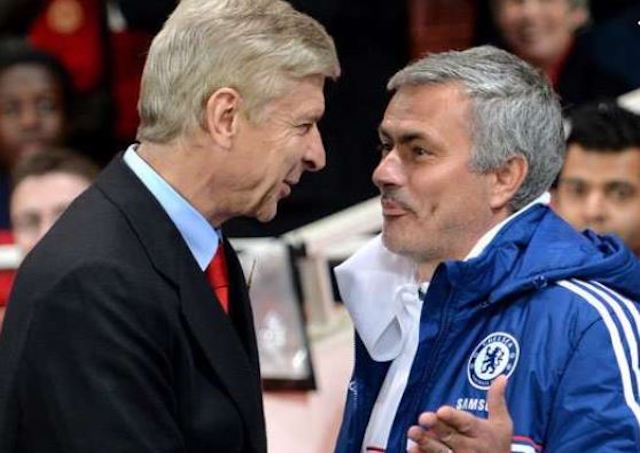 Jose Mourinho and Arsene Wenger will resume their rivalry as pundits in a TV studio during the Champions League final on Saturday.

The Mirror of London reported that the old Premier League rivals will be pundits for beIN SPORTS’ coverage of the all-English clash between Tottenham Hotspur and Liverpool in Madrid.

It will be the first time they would share a studio.

The pair have both analysed games for the channel this season, but for different outlets of a broadcaster which beams matches around the globe with different presenters and pundits.

BeIN Sports announced that Mourinho and Wenger will both be in position at Atletico Madrid’s Wanda Metropolitano stadium for the Live Arabic arm of their organisation, with their debates during the game sure to be compelling viewing.

Mourinho has won the Champions League twice during his career, with Porto in 2004 and Inter Milan in 2010, while Wenger guided Arsenal to the 2006 final in Paris, where the Gunners lost 2-1 to Barcelona.

The pair enjoyed a spiky relationship during Mourinho’s two spells at Chelsea and his recent tenure at Manchester United, with jibes at Wenger a regular feature as the Frenchman enjoyed his 22-year spell in charge at Arsenal.

Mourinho famously dubbed Wenger “a specialist in failure” in 2014, referencing that at the time it had been nine years since he’d won a trophy with the Gunners.

Their rivalry seems to have cooled more recently though, with Mourinho referring to Wenger as “one of the best managers in the history of football” when he picked up a lifetime achievement award at the Laureus World Sports awards in February.

Spurs and Liverpool will meet in the first all-English Champions League final for 11 years on Saturday night.