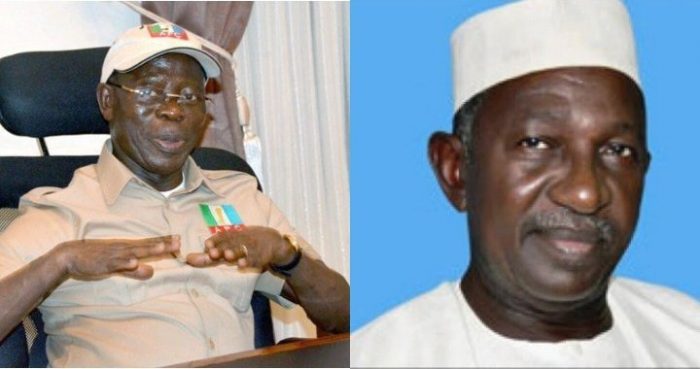 Deputy Chairman, All Progressives Congress, APC, Senator Lawal Shuaibu, on Tuesday called on the party’s National Chairman, Adams Oshiomhole to resign from office to pave way for the rebuilding of the party.

Shuaibu, in a letter to Oshiomhole, titled: “APC: It’s Fortunes vs misfortunes, time to act,” said he wrote the letter on his personal capacity as a critical stakeholder in the APC project.”

According to him, he was writing the letter with his hands shaking arising from the realizing of himself being involved in a project that was currently seen as failing, even before achieving the ambition of its founding fathers, saying that he never found himself in any failed project.

“In advanced democracies, people who fail to add value or build over and above what they met on assumption of duty show some civilized examples, they honourably bow out.

“In that connection, therefore, I want to advise you to take the path of honour, to step aside and allow the Party to embark on the onerous task of reconstruction and rehabilitation in those States it was weakened by the effect of manner (sic) the last primary election exercises were conducted or even the task of recreating the party where it is on the path of extinction, arising from the loss of a sitting APC Government, for example in Zamfara State, where you directly personally created the problem leading to the painful complete loss of APC’s electoral fortunes. From up to down, all these are uncontestable facts,” he said.

Shuaibu said there was no way Oshiomhole could exonerate himself from blame on what happened to APC in Zamfara State, thereby destroying the hopes and aspirations of 534,541 APC members and supporters.