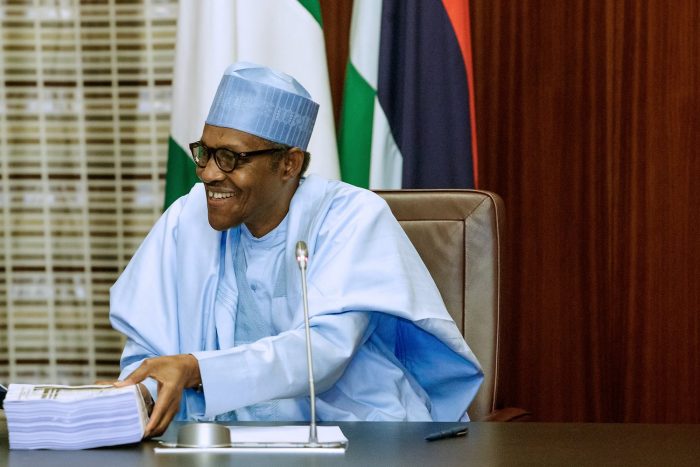 Nigeria’s President, Muhammadu Buhari on Tuesday lamented that decades of neglect and resource mismanagement have led the nation into deep poverty and insecurity.

He was of the view that if assets and resources available to Nigeria were properly managed, she would be prosperous and peaceful.

The President spoke at State House, Abuja, while receiving in audience the board of Ecobank Transnational Incorporated, led by the Group Chairman, Mr Emmanuel Ikazoboh.

Stressing that government remained committed to the goals of securing the country, inclusive economic growth, and fighting corruption, Buhari said Nigeria was in a unique position as the most populous and resource-rich nation on the African continent, adding that the resources would be harnessed and properly managed, to engender a prosperous and peaceful country.

The President said his government was not only determined to reverse the trend of squander-mania and mismanagement, “we have made progress in some areas such as agriculture.”

He, therefore, appealed to Ecobank Transnational Incorporated to “institute a special fund to develop agriculture, which will cement your legacy as a bank that helped to transform this region’s economic fortunes.”

Buhari commended Ecobank for being active in promoting financial inclusion, noting that it is key to the government’s diversification agenda.

On requests by the bank for decongestion of Apapa ports, and rebuilding of the transnational Lagos-Badagry-Seme road, he responded: “We are aware and are working in all those areas, and by the grace of God, you will start seeing results during my second term in office.”

Mr Ikazoboh disclosed that the Ecobank Group was in 36 countries in Africa and 40 globally.

The bank, founded 30 years ago by private sector entrepreneurs, has over 20 million customers, with over eight million of them in Nigeria.

Mr Ikazoboh said Buhari’s recent re-election is a testimony of the hard work done, adding that reforms embarked on by the administration, across sectors, “will have deep, long term impact on Nigeria, West Africa, and Africa.”