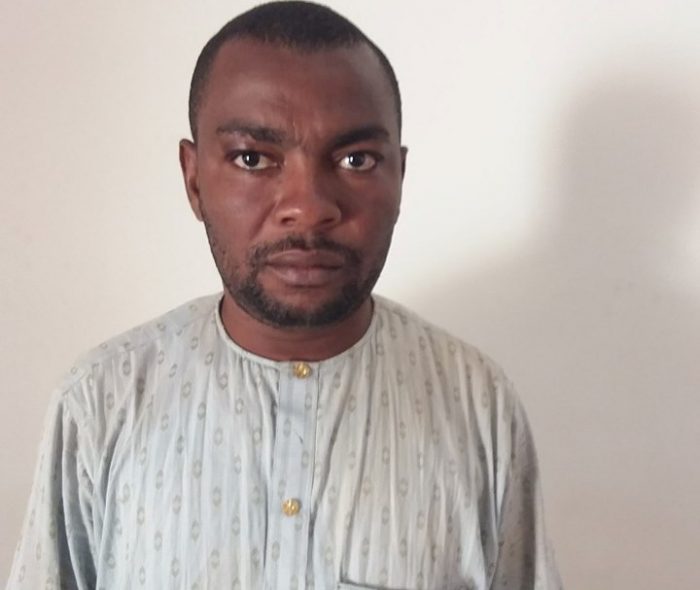 He was arraigned on a seven-count charge bordering on criminal breach of trust, forgery, stealing and obtaining by false pretence.

One of the counts reads: “That you, Adamu Idris Chado (a.k.a Abdullahi Abubakar) on or about the 14th day of October 2016 in Kaduna within the Kaduna Judicial Division of the High Court did dishonestly induce one Mrs. Ajoke Afolabi to deliver to you the sum of N220,000.00 (Two Hundred and Twenty Thousand Naira) only, on a representation of transfering to her all your title documents and the contract sum of N1,192,770.00 (One Million, One Hundred and Ninety-two Thousand, Seven Hundred and Seventy Naira) only relating to contract for the procurement of laboratory equipment and reagent for College of Midwifery, Tudun Wada, Kaduna, awarded by the Kaduna State Government to Taskar Alheri Investment Limited and thereby committed cheating contrary to and punishable under Section 323 of the Penal Code Laws of Kaduna State 1991.”

Counsel for the EFCC, Jamil Musa, thereafter, prayed the court to fix a date for commencement of trial, and asked that the defendant be remanded in prison pending.

Defence counsel, Ifeanyi Chukwura, however, urged the court to grant his client bail on liberal terms.

Justice Tukur in his ruling granted bail to the defendant in the sum of N3 million and two sureties in like sum, who must be a civil servant not below grade level 14 with the state government service; sureties must show evidence of tax payment for three year.

While adjourning to July 25, 2019 for “hearing”, the trial judge ordered that the defendant be remanded in prison pending fulfillment of the bail conditions.

The case was thereafter adjourned to July 25, 2019 for hearing.