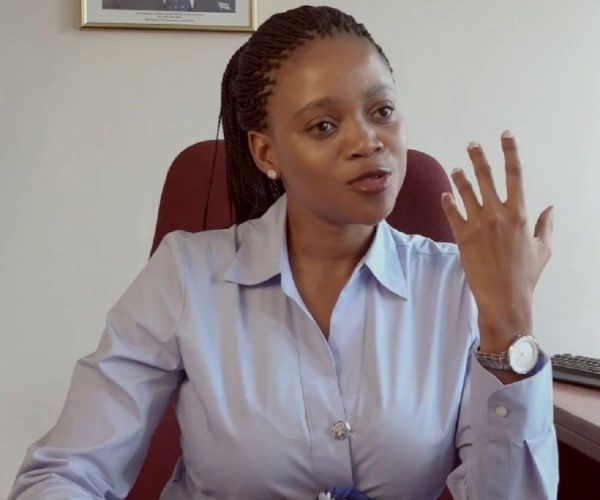 Bogolo Kenewendo, Botswana’s minister of investment, trade and industry describes herself as having been “an ordinary Botswana child with an ordinary upbringing.”

Ms. Kenewendo, poised and focused beyond her years, is being modest. At 32 she is Botswana’s youngest minister. She was appointed when she was just 30 years old.

As a child in Motopi, a small village in central Botswana, Ms. Kenewendo envisioned playing a role in Botswana’s development.

In 2011 she met former First Lady Michelle Obama in Washington D.C. as a participant in the Young African Leaders Initiative, a fellowship begun in 2010 by the US State Department.

Her forays into politics began in 2017 when Botswana’s former President Ian Khama appointed her to a High-level Consultative Council charged with helping to address the challenges facing the private sector in Botswana.

Later that same year, President Khama appointed her to parliament in line with a constitutional provision allowing the president to make such an appointment to the country’s legislative body.

After completing her studies in the United Kingdom and obtaining a master’s degree in international economics from the University of Sussex, Ms. Kenewendo qualified to be an economist in the Ministry of Trade and Industry in Ghana. Prior to that position she had been an economic consultant at Econsult Botswana, a policy research organisation.

“I am a pan-Africanist; I enjoyed working in Ghana, where the history of pan-Africanism is rich,” she told Africa Renewal in an interview.

When Mr. Khama handed the presidency over to Mokgweetsi Masisi in April 2018, the new president appointed Ms. Kenewendo to Botswana’s cabinet to take charge of investment, trade and industry—a move gender activists in the country considered a well-deserved promotion.

As a parliamentarian, Ms. Kenewendo advocated on behalf of children and women, paying particular attention to women’s representation in all sectors. One of her accomplishments was to sponsor a motion to increase the age of sexual consent in her country from 16 to 18 years.

Under her leadership, Botswana’s Ministry of Investment, Trade and Industry will in May this year finalize the digitization of business registration, enabling companies and small businesses to register online. The goal is to improve the ease of doing business in the country.

She says her mother is her role model, as “she taught me to be tough in the face of adversity.”

On her future, Ms. Kenewendo says she plans to establish a virtual community where African youth can interact and share their experiences. The project will complement Molaya Kgosi Trust—her current women’s leadership and youth empowerment programme in Botswana schools.

For her efforts in various endeavours, Ms. Kenewendo has received several awards, including one given in 2012 by Junior Chamber International Botswana, a nonprofit, honouring her as one of “Ten Outstanding Young Persons” in Botswana. In 2016 she received the Botswana Change Makers Award and the Formidable Woman award for her contributions to business and leadership.

Internationally, Ms. Kenewendo is a member of the High-Level Panel on Digital Cooperation, established by UN Secretary-General António Guterres to propose ways for governments, the private sector, civil society and others to collaborate in the digital space. The panel is chaired by Melinda Gates, of the Bill & Melinda Gates Foundation, and Jack Ma, Executive Chairman of Alibaba Group Holding.

In 2009 she was a youth delegate representing her country at the 64th Session of the UN General Assembly. She was nominated to present a statement at one of the events on behalf of African youth to the Secretary-General.

Her advice to young people? “Step up your game. If you look at history closely, you will realize that youth leadership in Africa is not new. Most revolutionaries were young people,” quips Ms. Kenewendo.