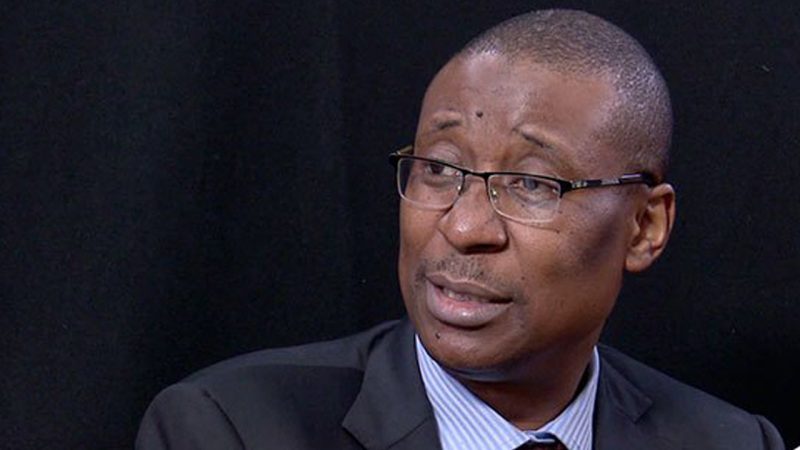 Dr Okechukwu Enalamah: His African Alliance Capital involved in the $2b share deal

The Association of Senior Civil Servants of Nigeria (ASCSN), FCT chapter has demanded the return of N14.38 billion transferred from NEPZA account by Mr Okechukwu Enelamah, the Minister of Industry, Trade and Investment.

Mr Isaac Ojemhenke, Head of the association said this in Abuja on Tuesday at a news conference.

He said that the money was budgeted to carry out capital projects in special economic zones.

According to him, what Enelamah did amounted to transferring the functions of NEPZA to NSEZCO and to appropriate public funds to NSEZCO, a private company.

“Our investigation into the identity of this so-called private company revealed that the company’s real name is Nigeria Sez Investment Company Ltd. and not Nigeria Special Economic Zones Company.

“There are three directors in the private company, out of which two are serving aides to the minister,” Ojemhenke said.

He said that Enelemah was scheming to privatise Kano and Calabar free Trade Zones to himself using his close allies as his fronts under the umbrella of a private company called NSEZCO.

Ojemhenke said that the action also meant that Enelemah appropriated public funds to the said company in the 2019 budget in disregard to extant rules and constitutional provisions.

He said the association had in Dec. 19, 2018 called the attention of President Muhammadu Buhari to Enelamah’s intention to privatise Kano and Calabar Free Trade Zones to himself and his allies.

Also speaking, the association’s Unit Head in NEPZA, Mr Samari Yakubu said the agency should be allowed to carry out its constitutional duties.

Enelamah had recently at a news conference told newsmen that the said amount was still in the Central Bank of Nigeria (CBN) account.

The minister dismissed insinuations that there was an ulterior motive behind the establishment of the company, saying there was nothing wrong with Public Private Partnership arrangement in putting in place NSEZCO.

He said the company was incorporated to drive alongside other investors projects to develop world-class Special Economic Zones to position Nigeria as the manufacturing hub in sub-Saharan Africa and a major exporter of made-in-Nigeria goods and services.