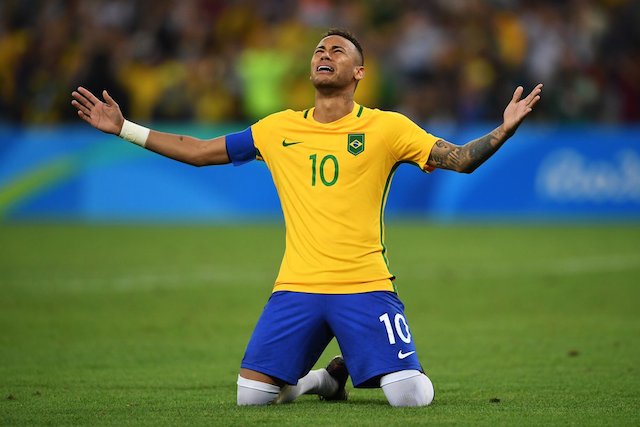 Neymar has lost the captaincy of the Brazilian national team to veteran Dani Alves, his teammate in Paris Saint Germain.

The immediate implication is that 36 year-old Alves will wear the captaincy band as Brazil prepares to host Copa America in June. He is expected to lead the team in a friendly against Qatar on June 5.

In a statement released on Monday, the Brazilian Football Confederation (CBF) said: “The decision was communicated to Neymar by Tite on Saturday.”

The announcement comes after a turbulent end to the season for Neymar at Ligue 1 champions PSG, where coach Thomas Tuchel has ruled out the former Barcelona star becoming captain.

Neymar – who scored 23 goals in all competitions this season after recovering from a foot injury – is set to serve a three-match ban for striking an opposition supporter after last month’s Coupe de France defeat against Rennes.

The 27-year-old also appeared to be weighed down by the burden of expectations on his shoulders during Brazil’s World Cup campaign last year as the Selecao lost in the quarter-finals.

Brazil are set to host the Copa America, with the eight-time champions – who failed to progress beyond the group stage in 2016 – drawn alongside Bolivia, Peru and Venezuela in Group A.