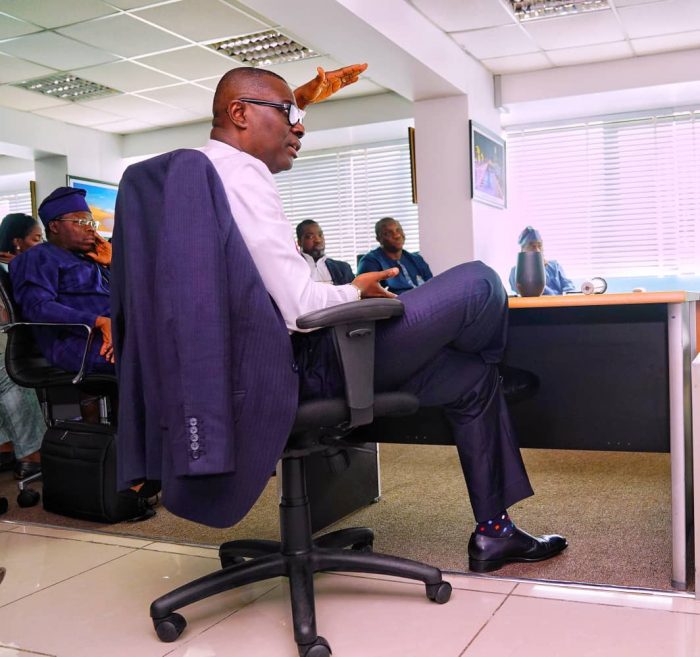 The Alliance for Democracy (AD) and Chief Owolabi Salis, the party’s gubernatorial candidate in the 2019 elections, on Tuesday, at an Election Petition Tribunal sitting in Ikeja lost their bid to stop the swearing-in of Mr Babajide Sanwo-Olu, as the Executive Governor of Lagos State on May 29.

In a ruling delivered at 3.16pm on the eve of the swearing-in, the Chairman of the tribunal, Justice T. T Asua said that the petition of AD and its gubernatorial candidate lacked merit.

“The main purpose of an interlocutory injunction as rightly argued by the respondents is to preserve the ‘res’ that is the subject matter of the case.

“In this case, the petitioners have failed to show via their affidavit evidence that the res, which is the governorship seat of Lagos State, is in danger of being destroyed and has to be preserved by the issuance of the restraining order sought.

“An injunction is only issued to restrain a threatened wrong and not to restrain the performance of a legal right,” he said.

Dismissing the application, the Chairman of the Tribunal noted that restraining Sanwo-Olu from being sworn-in as Governor would lead to a chaotic situation in the state.

“To crown it all, restraining the second defendant from being sworn-in as governor of Lagos State when the tenure of the incumbent expires on the 29th of May 2019 creates a vacuum in the governance of Lagos State.

“This throws spanners in the works, causing confusion and leaving the entire Lagos State at the mercy of the first petitioner’s (AD) personal ambition to govern the state.

“Such an ugly scenario shall not be allowed by this Tribunal. In a final analysis, we hold that this application lacks merit and is hereby dismissed,” Justice Asua said.

After the ruling, Mr Tunde Falola, the counsel to the second respondent (Sanwo-Olu) thanked the Tribunal for its decision.

“On behalf of the second respondent, I thank this Tribunal. This decision has prevented the creation of a chaotic atmosphere in Lagos State. We are grateful sir,” Falola said.

AD and Salis had on April 25 filed a Petition numbered EPT/LAG/GOV/2/2019 which sought to halt Sanwo-Olu’s swearing-in on the grounds that he had a criminal record in the United States and is of unsound mind.

Other respondents are -The Returning Officer for The Lagos State Governorship Election, the Commissioner of Police and the Nigerian Army.

The AD and Salis in the petition had claimed that, “The second respondent (Sanwo-Olu) is a person adjudged to be of unsound mind and who is not capable to be sworn in as the Governor of Lagos State.

“Sanwo-Olu has records of unsound mind and rehabilitation with the Gbagada General Hospital Lagos State.

“By virtue of section 182(1)(c) of the 1999 constitution as (amended), the second respondent is a person not qualified to be sworn-in as a Governor.

“Mr Akinwunmi Ambode, the present Governor of Lagos state and who is the chief security officer of the state attested to the fact in Punch Newspapers of Monday Oct. 1,2018, that Sanwo-Olu is of unsound mind and not fit and proper to govern Lagos State.

“Governor Ambode equally stated that Sanwo-Olu was arrested and detained for several months and was convicted for spending fake dollars at a night club in America.”

AD and Salis had sought an Order restraining the Chief Judge of Lagos from swearing-in Sanwo-Olu as the Executive Governor of Lagos State.

They had also sought an Order restraining the Chief Judge of Lagos State in the interim from swearing-in Sanwo-Olu as the Executive Governor of Lagos State pending the determination of the Petition at the Tribunal.