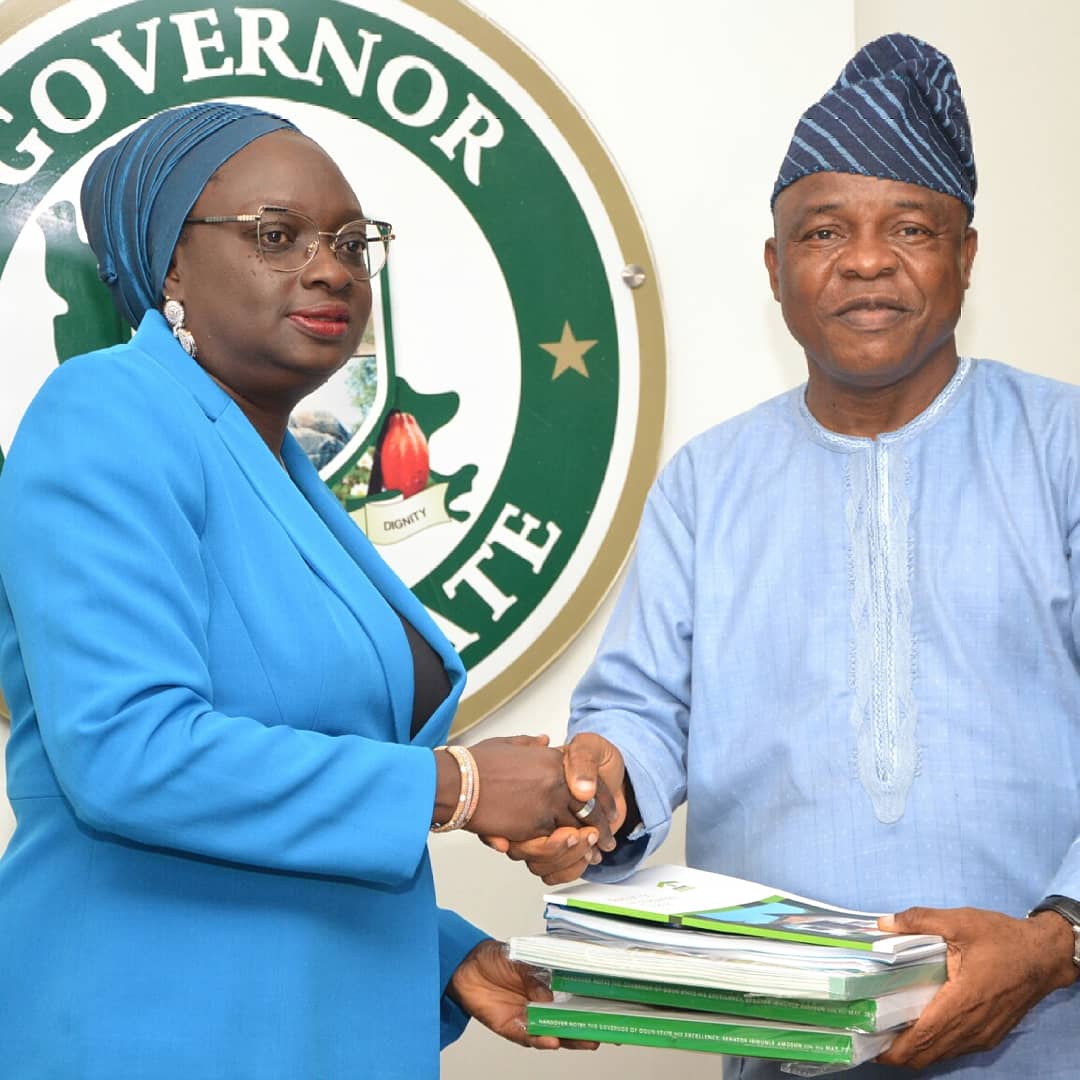 The SSG in Ogun, Adeoluwa handed over to new deputy governor Noimot Oyedele on Tuesday

Abeokuta – It was indeed a hard moment for the outgoing Governor of Ogun state, Sen Ibikunle Amosun when leaving the Governor’s Office at Oke-Mosan, Abeokuta as some of his aides wept profusely on seeing him.

PMNEWS observed that the governor came out of his office at about 1pm to bid his workers farewell but went back inside after seeing the huge crowd of civil servants waiting to bid him farewell.

A source at the Governor’s Office told PMNEWS: “At about 1pm Amosun came out of his office but when he saw the crowd of civil servants waiting to send him off, he went back inside and called the Head of Service, Engineer Lanre Bisiriyu, to order the workers back to their respective duty desks.

Amosun later came out at 3.17pm and was joined by the Secretary to the State Government (SSG), Barr. Taiwo Adeoluwa for the handing over to the deputy governor-elect, Engineer Noimot Oyedele-Salako.