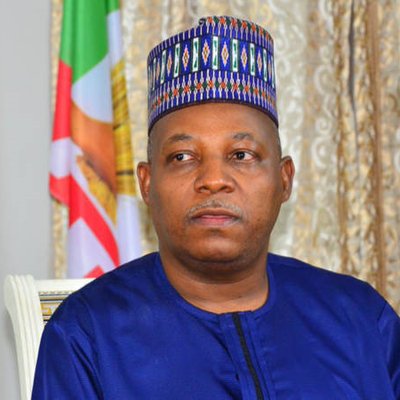 The outgoing Governor of Borno, Kashim Shettima, has expressed shock over the death of a  steward, Mr John Achagwa, who committed suicide on Tuesday.
Achagwa, who worked  at the Presidential lodge of the Government House, Maiduguri, took his life by hanging himself on a tree.
Mr Isa Gusau, Special Adviser on Communications and Strategy, said Shettima was shocked by the incident.
“Shettima is deeply shocked by the unfortunate incident, given the fact that the deceased was known to be one of the Governor’s favourites as he served important guests at the Presidential lodge for more than 30 years.
“When he retired from civil service; Shettima had requested him to be retained as casual staff because of his good service and the confidence repose in him.
” The outgoing governor supported the deceased with personal funds which he used in completing his house at Polo in Maiduguri.
“John also had a car to himself and he lived very comfortably. He was known to be friendly,” the statement said.
Gusau said  the  governor has directed the Commissioner of Police to ensure thorough investigation including a post mortem and inquiries to establish the reason for the suicide.
Achagwa’s body was found hanging on a tree within the garden of the presidential lodge on Tuesday.
The Commissioner of Police, Mr Mohammed Aliyu, who visited the scene of the apparent suicide   said the police would thoroughly investigate the matter.
Achagwa’s death by apparent  suicide sent shockwaves round Maiduguri metropolis on Tuesday.
Aliyu disclosed that the motive for the suicide was not clear, adding  that men of the  command dispatched to the scene of crime brought down the corpse and evacuated it to the Specialist Hospital, Maiduguri.
“From the preliminary report, it is difficult to preempt what exactly happened.
” This is somebody who is doing fine, he has a house and a vehicle which he usually drives himself to work everyday.
“We are going to reach out to his family in order to trace the root of the problem as investigation is still ongoing.”
Tags:   Governor Kashim Shettima   John Achagwa